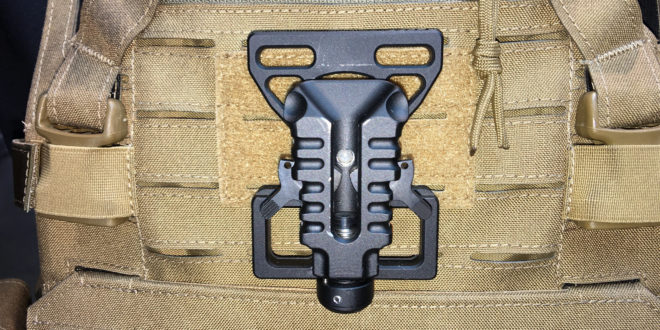 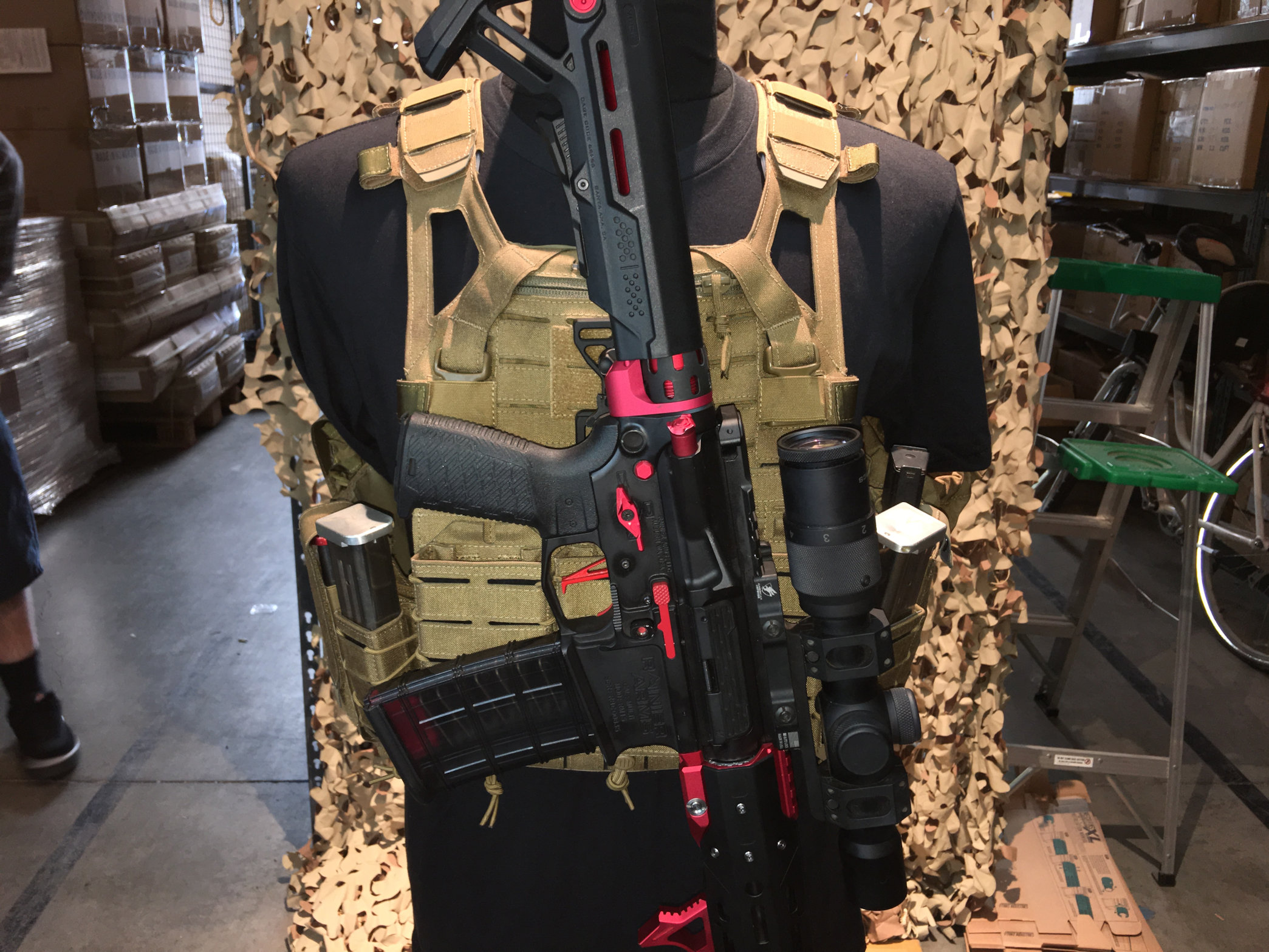 Instead of the BCT R2S’ angled, wedge-like “locking base plate“, the male component of the SI SARS’ locking/retention system, attached to the AR rifle/carbine/SBR is more of a thick knobbed pin called a “QD lug”. The system comes with two SI QD lugs of different sizes, which slide and lock into the levered female/receiving component of the SARS.

Take a look at the video below to see how the Strike Industries SI SARS operates. It’s pretty slick, and looks good to us. Specifically, it looks ergonomic, reliable and robust, although it would take someone like DR writer/contributor and chief new product tester Jeff Gurwitch to prove all that out.

Defense Review will see if we can make that happen at some point. In the meantime, enjoy our video below:

The following information on the SI SARS comes directly from the Strike Industries website: 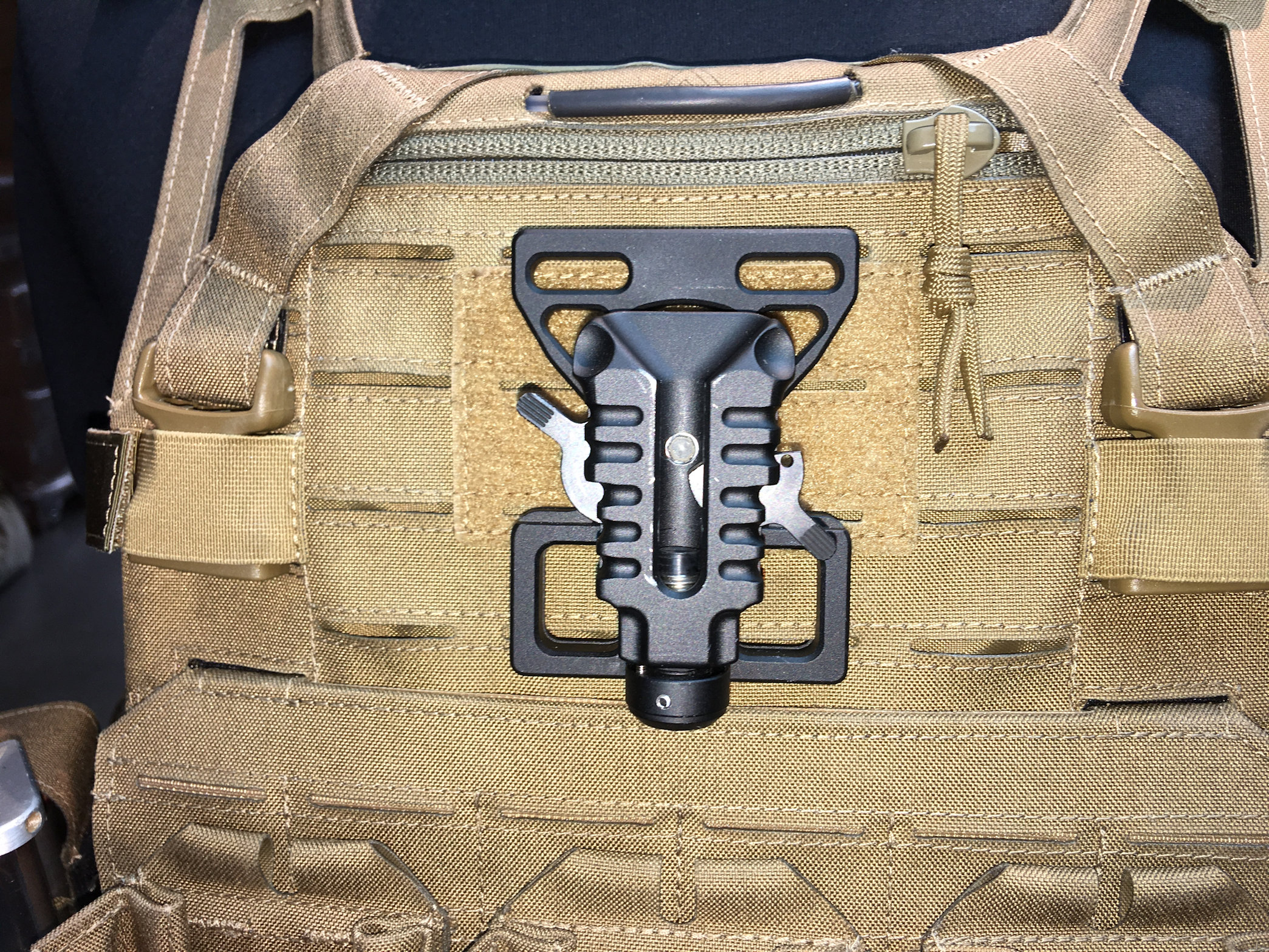 The sling in all its forms, 1 point, 2 point, and even 3 point configurations has served an admirable job in making it easier to carry our long guns, but are not without their drawbacks, chief among them, bulk, tangle risks, and the need to use two hands to use them. With Strike Industries’ Advanced Retention System allows one to apply fast, secure retention in all directions while maintaining a low profile. Like a handgun holster, the SI-SARS enables the user to quickly engage targets with zero restriction on movement, and hang securely when maneuvering or engaging in other tasks. 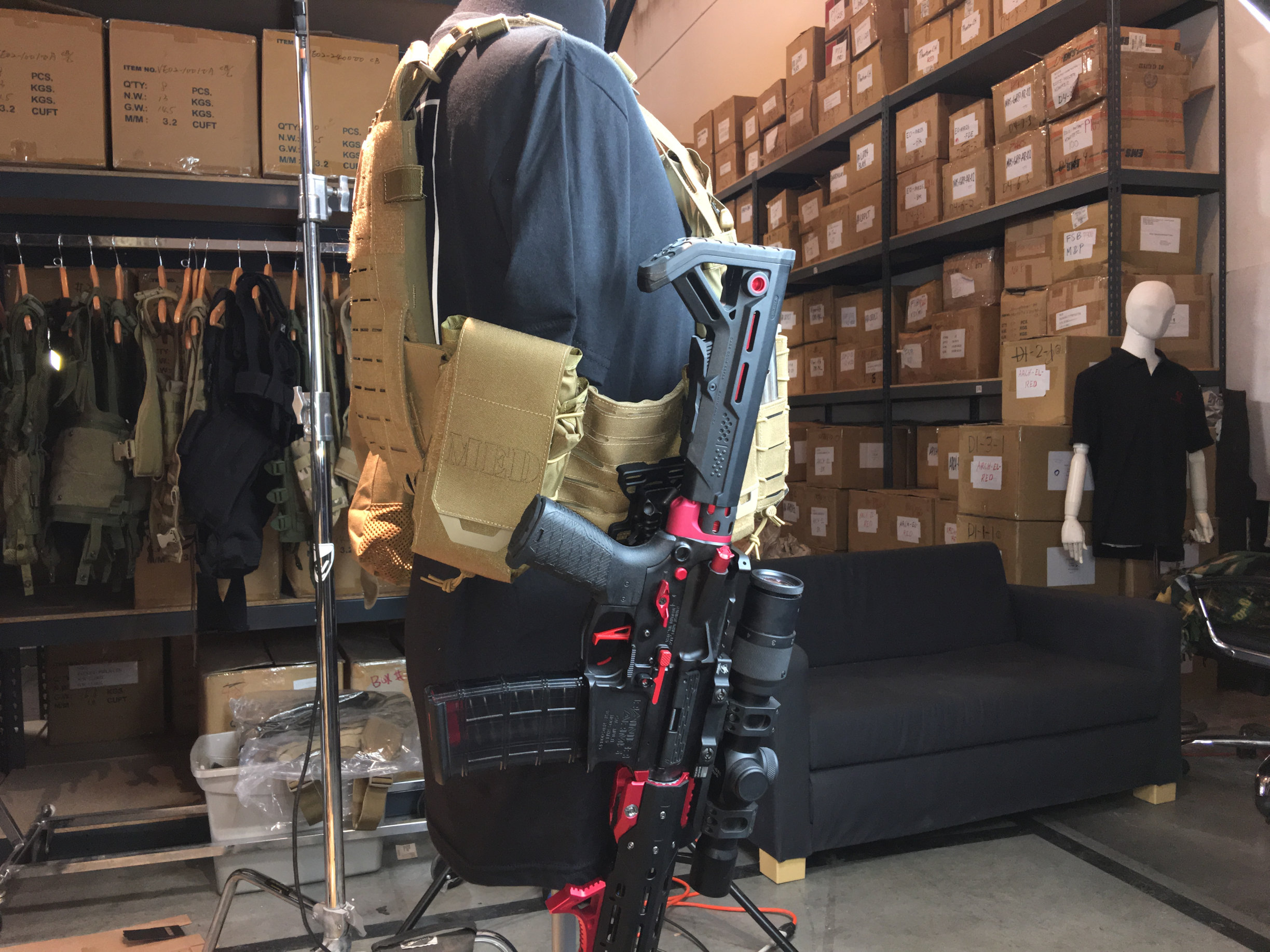 The SARS is attached to the users preferred system, such as a battle belt or plate carrier equipped with MOLLE and is compatible with any weapon system with a QD stud. The locking system can be completely disengaged for faster deployment, but can be engaged/disengaged quickly when greater retention. The SARS can be used both as a standalone retention system or used in combination with a single point sling for greater security. 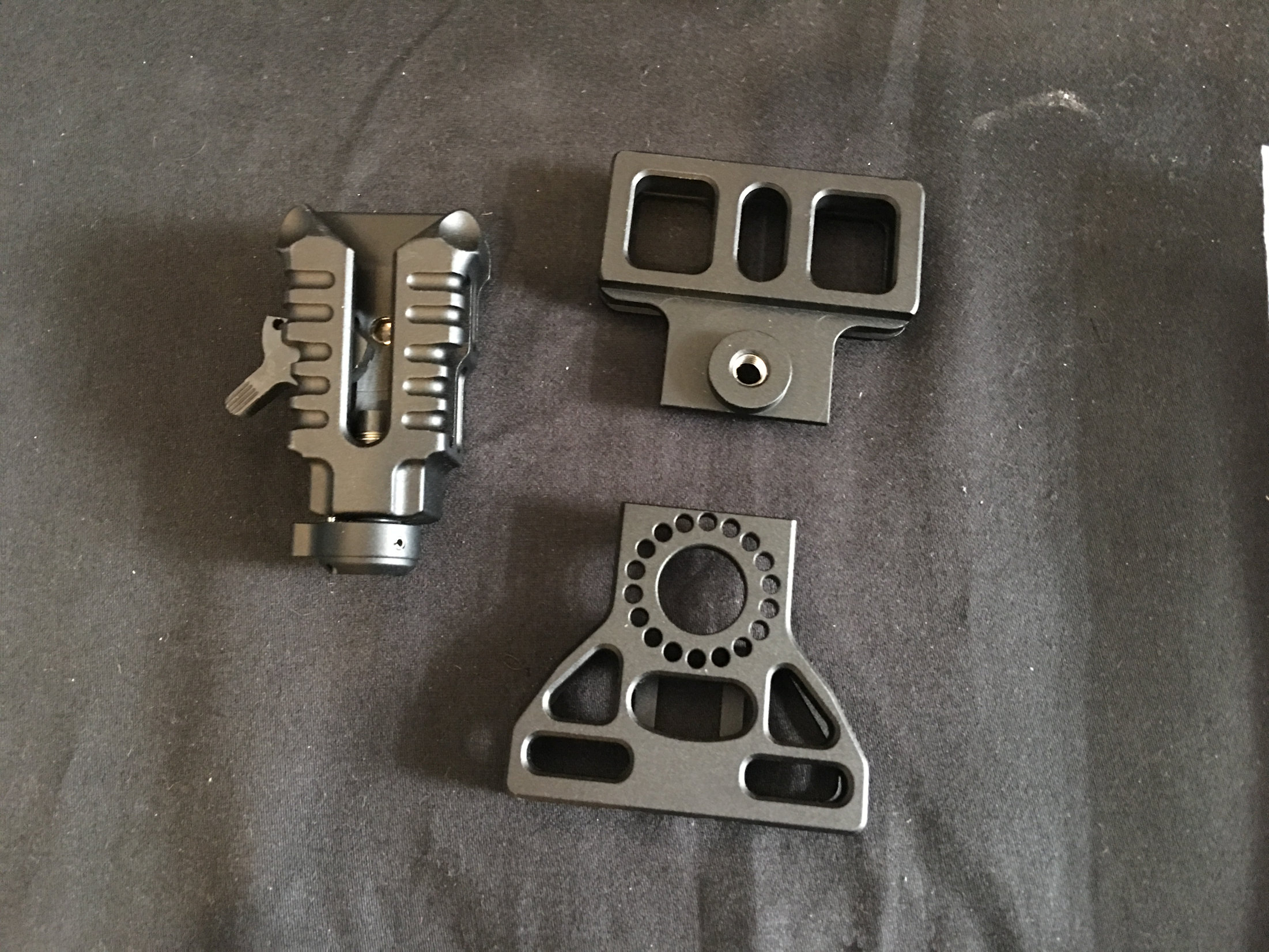 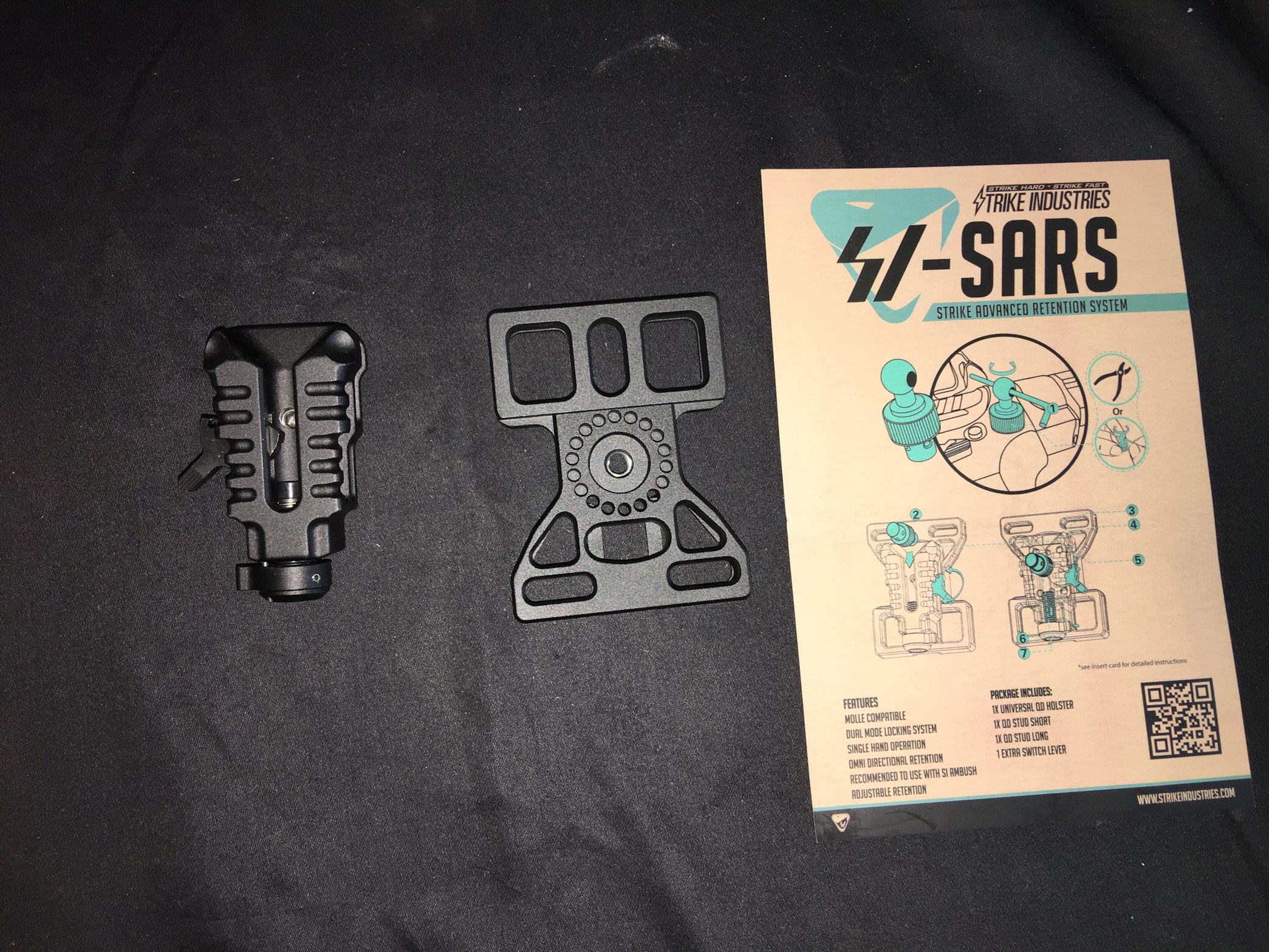 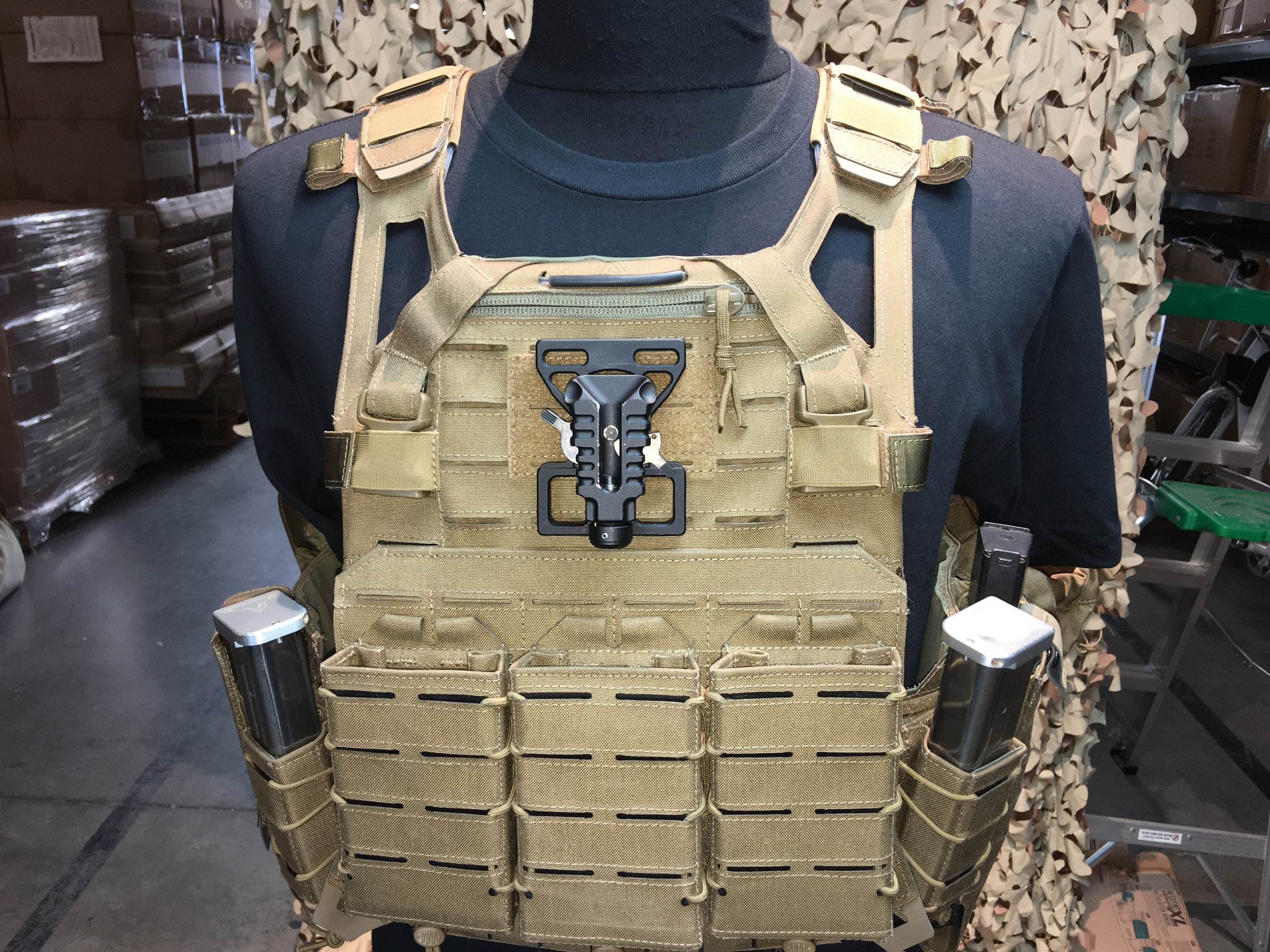 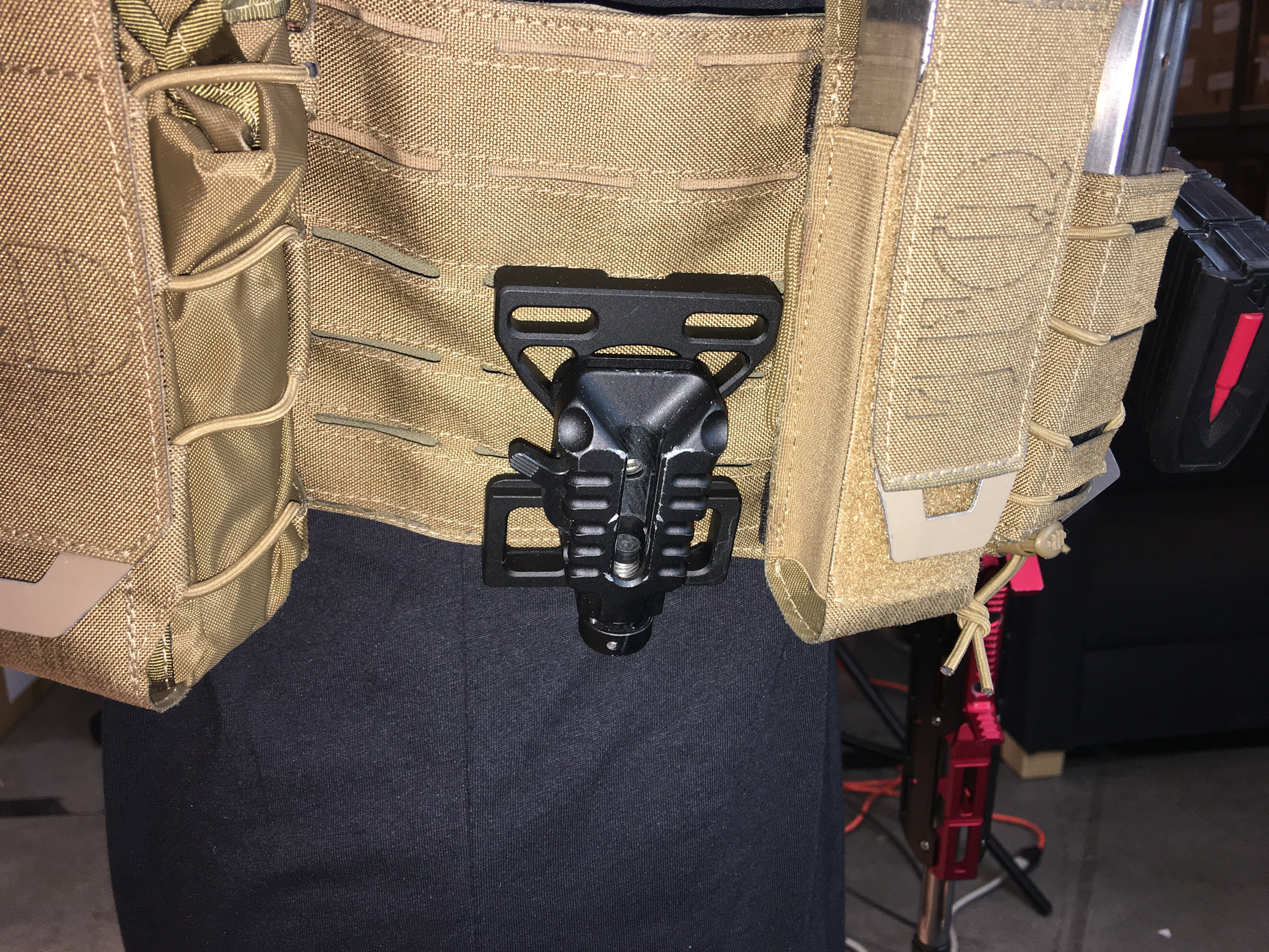 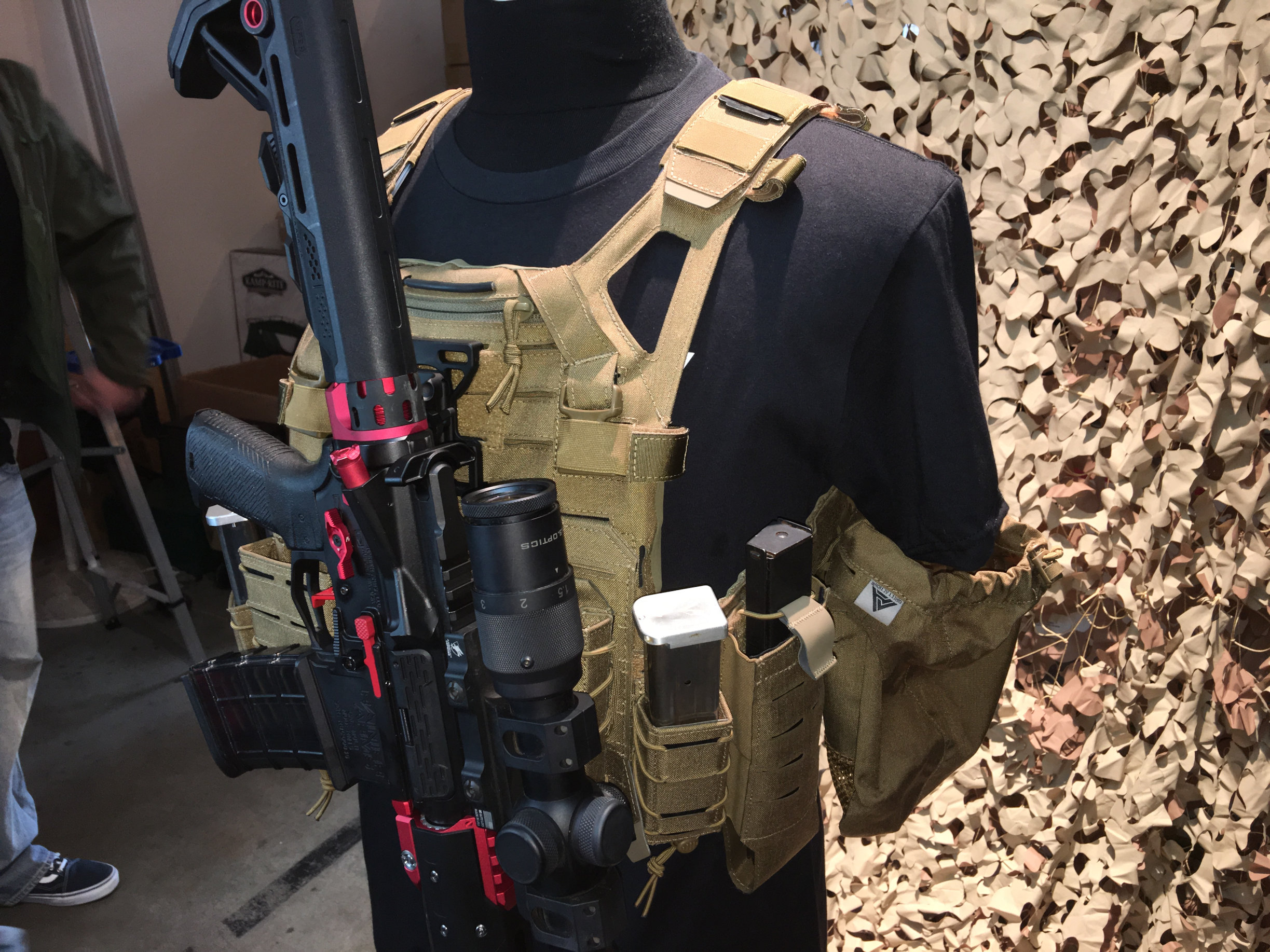 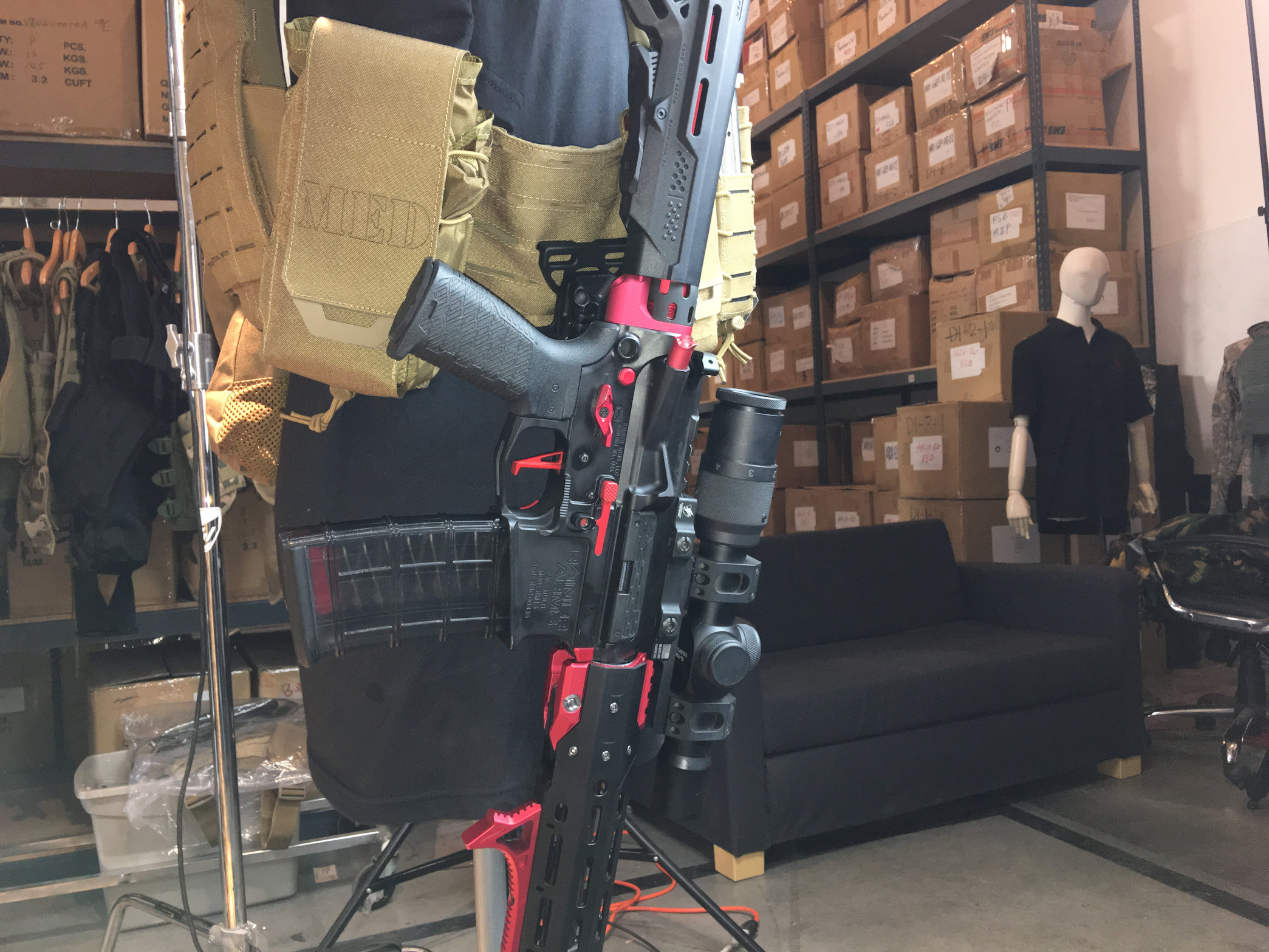 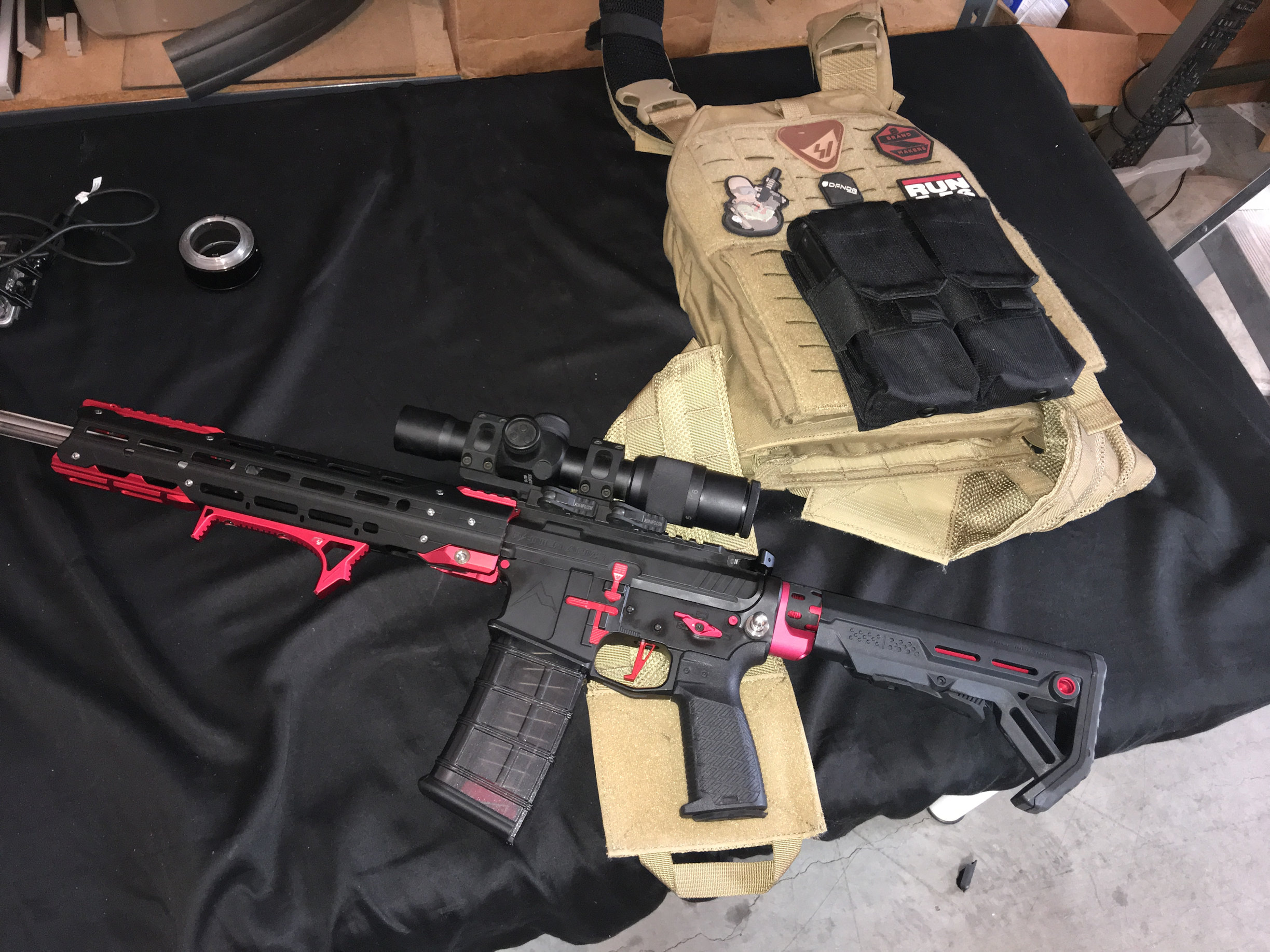 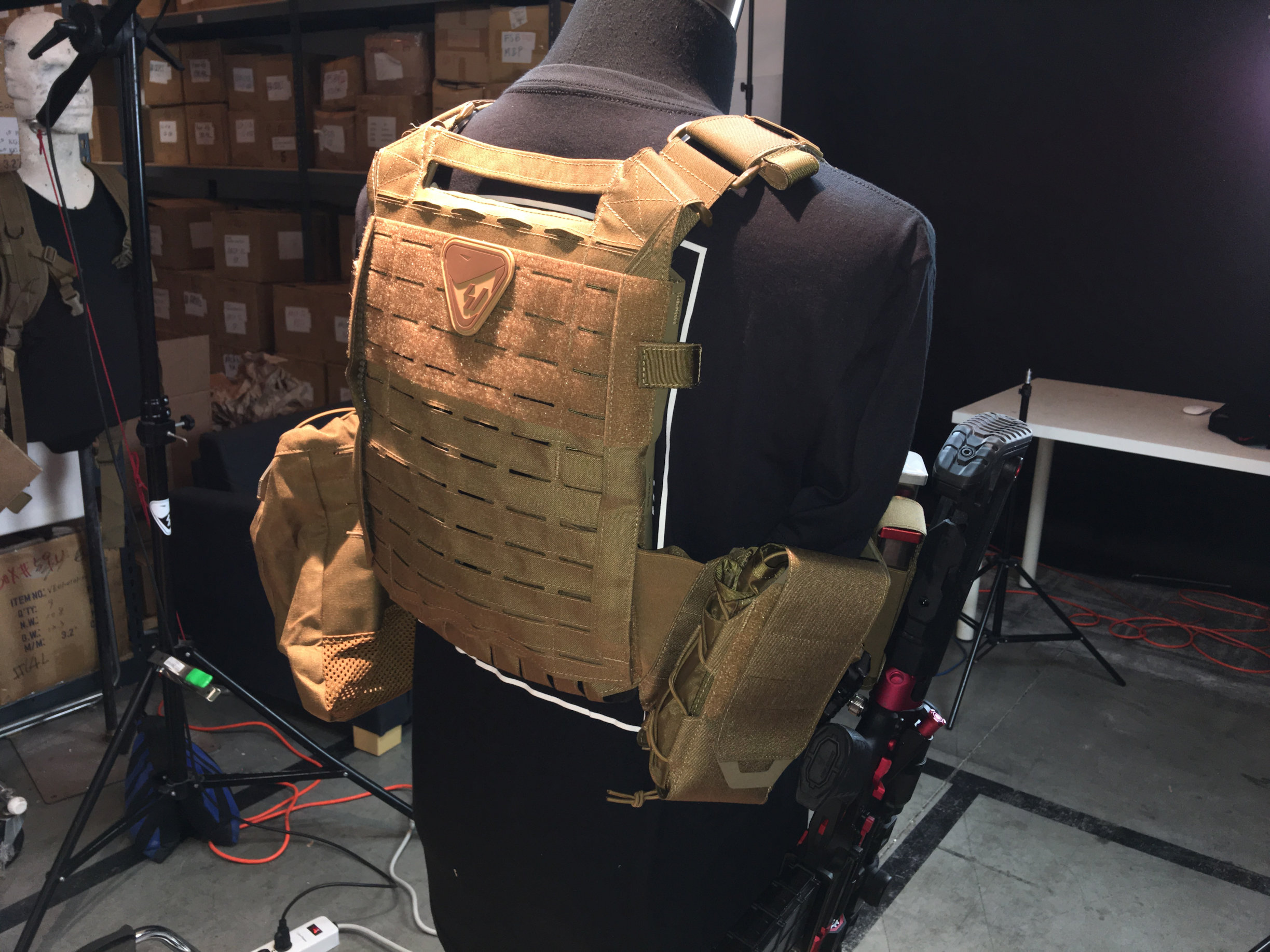