It’s common knowledge that enemy IEDs (Improvised Explosive Devices) are currently the number one threat to our infantry warfighters, and have been for quite some time. HMMWV (High Mobility Multipurpose Wheeled Vehicle, a.k.a. Humvee) machine gunners have been some of the most vulnerable targets (if not the most vulnerable targets), due to the fact that they have traditionally had to expose a portion of their bodies outside the vehicle in order to man/operate the gun as it moves from place to place, and there are a lot of these vehicles on the road every day in Iraq. 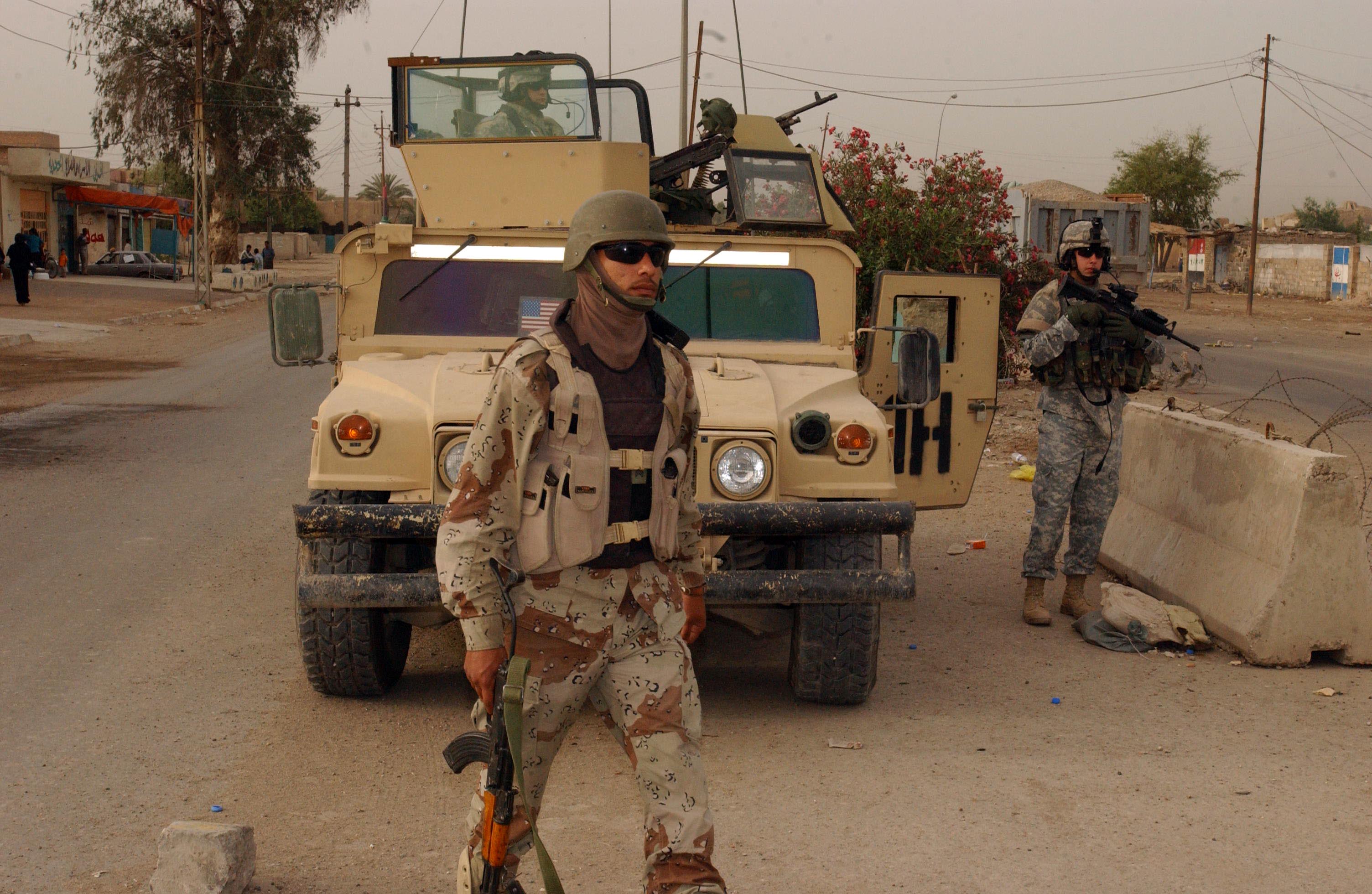 simple idea, but nobody came up with it before Chief Swanson, and it’s proven to be highly effective at keeping HMMWV machine gunners alive. Sometimes the best ideas are indeed simple ones. Chief Swanson’s unit can build two to three Swanson Shields a day, right there in the theater of operations.

On May 12, 2006, DefenseReview had the pleasure and honor of interviewing Chief Swanson about the Swanson Shield. The following is an excerpted portion of DefenseReview’s interview with Chief Swanson, 10th Mountain Division, with the assistance of Major James Crawford (Maj. Jim Crawford), PAO, 1st BCT, 10th Mountain Division, Iraq. We could only publish an excerpted portion due to the high degree of static present during portions of the recording. The interview was conducted by cell phone using an open microphone. The speaker on the cell phone caused additional and sometimes debilitating static on the recording that made some statements by Chief Swanson and MAJ Crawford unintelligible (our fault, not their’s).
Excerpted Interview (5/12/06):
David Crane, DefenseReview: So, yeah, I read about this thing. It looks pretty good.
Chief Swanson: Thank you.
Crane: I guess we should start off by talking about why you came up with it and how you went about it. 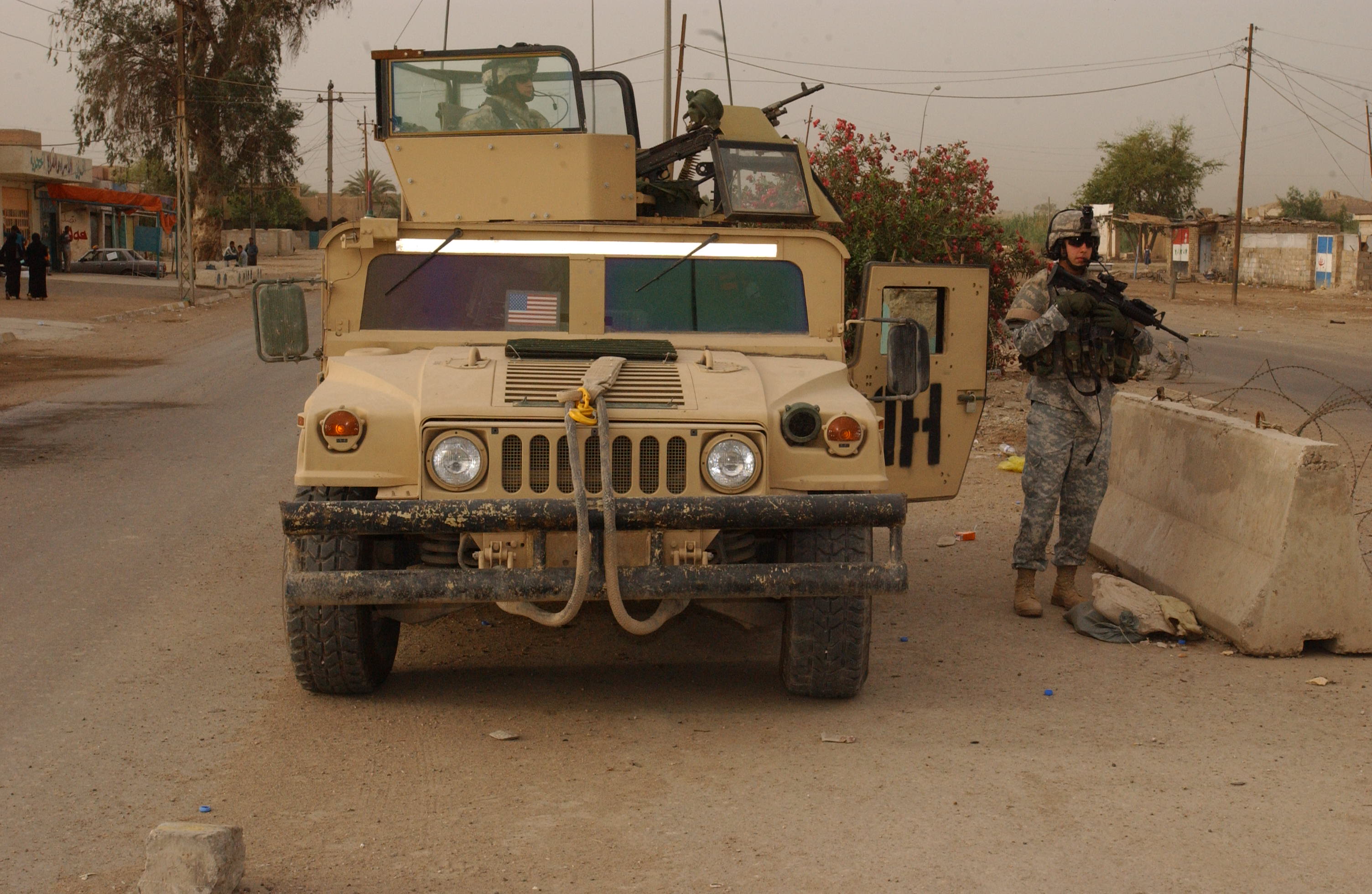 Swanson: Well, we originally came up with it back in August [2005] when we first came onboard here. One of my trucks got hit, and one of my XO’s approached me about "Is there something we can do to protect the guys up top?" and we just sat down and I designed it up, and then we started puttin’ it together.
Crane: How’d you go about it, in terms of materials and how’d you go about constructing it, and all that?
Swanson: Well, we kind of did it the old fashioned way. We just put a truck in front of us, I looked in it, and I asked him what are the criteria, [based on their experiences] what do they need. He said they need visibility. If I could make ’em to where they could see, ya’ know about so high, ya’ know he measured up…we had a guy get in the turret and look her up, and, just hasty stuff, ya’ know, and I said well hell, let’s try ballistic glass, so I got a piece of ballistic glass, and we put it up there, and I started doin’ some measurin’, testin’ and we put it together.
Crane: Right, and you took the ballistic glass from Humvees, right?
Swanson: Roger. The front windshield, the ballistic glass on the front. Which was readily available. I had to go with things that were readily available out here.

Crane: It will stop rifle rounds, correct?
Swanson: Roger. It’s ballistic [unintelligiable due to static]…
Crane: Allright, so basically this thing, you basically made it up almost like Monster Garage-style, right?
Swanson: Very good comparison.
Crane: I would assume that every Swanson Shield is gonna’ be sorta’ unique, or slightly different?
Swanson: They’re all the same concept in design, same materials, but everybody puts a little twist–how thick or somethin’ like that, ya’ know?
Crane: Right. By the way, have you thought about patenting this thing, or you just don’t care about any of that, you’re just making it to save lives and ya’ know…
Swanson: Roger. I’m not in it for the patent or the money. God knows it ain’t for the money. It’s just to do what we do, ya’ know?
Crane: Yeah, no, that’s great. It just looks like a great piece of equipment. It just seems very logical, logically done. It seems, from what you’re tellin’ me, relatively easy to manufacture, and fast to manufacture, and get up and workin’.
Swanson: Oh, yeah, it’s extremely easy to make. 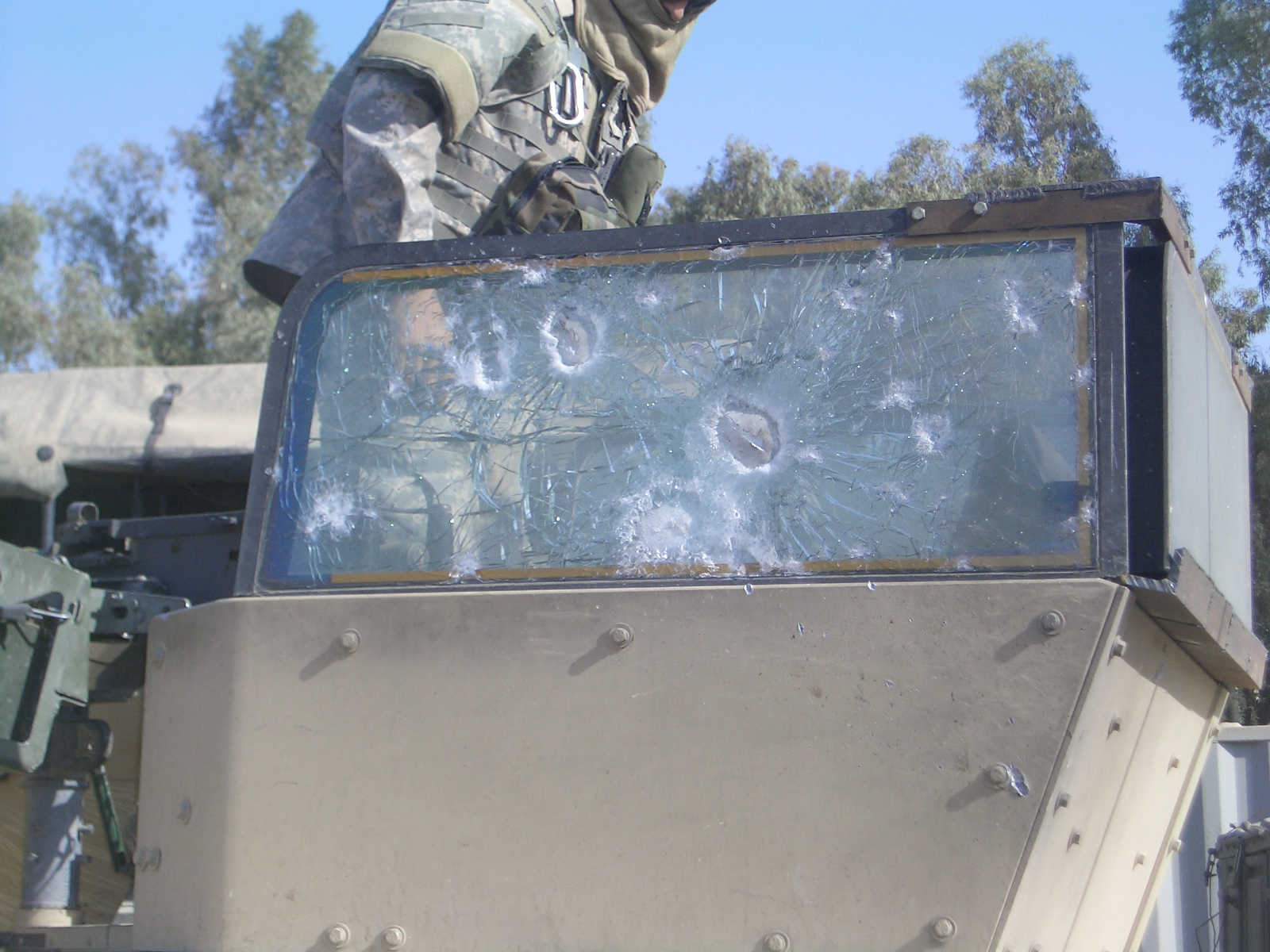 Crane: Is there anything that you’d like to say about it, anything that hasn’t been reported about it so far, or anything that anybody else has missed, or an important point about it?
Swanson: Well, a lot of people are takin’ credit for somethin’ we designed.
Crane: Like who?
Swanson: [Unintelligible due to static] would copy the design, and then they’d say "We designed it". Then, they’d see my name on it. "Oh, watch out, that’s right, Swanson made this." We even briefed Secrety of Defense Rumsfeld on it [back on December 24th, 2005]
Crane: And what’d [he] say about it.
Swanson: Rumsfeld liked it. I briefed him, personally.
Crane: It just seems like such a logical item. I like the idea that..it’s clear, you can see through it…it just seems like it’s the way to go. The metal obviously obscures your vision [as opposed to the Swanson Shield’s ballistic glass], ya’ know?
Swanson: Roger, exactly. That was one of the leading factors in making it, by the way, was so that the gunners could be up top and it wouldn’t limit their visibility.
Crane: How many saves do you think you’ve got with it, so far?
Swanson: Oh, my lord. [Asking someone else] How many saves we had? [To Crane] I know of at least 7 or 8, personally…It’s [Swanson Shield] all over Iraq. I know in sister units, a guy next door, I know at least four or five [unintelligible due to static]…
[At this point, Maj. Jim Crawford got back on the line and he talked with Defense Review a bit. The following is the relevant portion of what he said about the Swanson Shield]
Jim Crawford: My brigade’s been here–and a brigade is roughly 3500 soldiers–we’ve been here approximately 9 months, and in 9 months time, we have been hit as a brigade with about 800 IEDs, and we’ve only had six (6) killed in action from IEDs, and a large part is due to the Swanson Shield because the turret gunners, traditionally, have been the most exposed [people] and usually have been the one’s who are injured or killed.
Crane: That’s a big deal, man. It just seems like a really important item.
Crawford: Yeah, it is. If you see the turret that they normally use, it’s just a piece of…really a piece of armored steel in front of the gun and it goes [static makes the rest unintelligable]…plus it’s not even as good as bullet-proof glass. It’s not even half as good. So this is just a simple idea [unintelligible due to static]…and [we really credit it with] saving a lot of lives.
DefenseReview would like to express our thanks to MAJ Jim Crawford and Chief Swanson, 10th Mountain Division, U.S. Army for granting us this interview.
Swanson Shield Gunner’s Shield Protecting U.S. Infantry Warfighters in Iraq by David Crane

David Crane started publishing online in 2001. Since that time, governments, military organizations, Special Operators (i.e. professional trigger pullers), agencies, and civilian tactical shooters the world over have come to depend on Defense Review as the authoritative source of news and information on "the latest and greatest" in the field of military defense and tactical technology and hardware, including tactical firearms, ammunition, equipment, gear, and training.
Previous Missile Defense Element Successfully Flight Tested
Next HAMMER Remotely-Operated Weapons System for Robotic and Manned Vehicles