All photos contained in this article are courtesy of Chen Lee a.k.a. "SMGLee", and are copyrighted.

Tactical Response Inc. was initially established in 1996 by James Yeager with the sole purpose of providing the best possible tactical training (including tactical shooting instruction) to the people in the Southern States. But as with anything good, Tactical Response has grown over the years into an international training company that provides training to military, private citizens, police, and PSD contractors. Unlike other training facilities or individual instructors, Tactical Response continues to change and evolve in order to meet new equipment, tactics, and environment demands. Tactical Response instructors have never been doctrinal in specific gun-handling techniques like some other instructors, and Yeager continues to modify and evolve his methods while remaining true to the core emphasis and focus of what he’s teaching, which is the fighting mindset a.k.a. combat mindset.

I recently had the privilege of attending the December 10-11 2008 "Fighting Rifle" class held at a Saugus shooting range in the Los Angeles, California area. The weather was sunny, yet chilly (for us Californians), with a slight wind. Day 1 started with a… 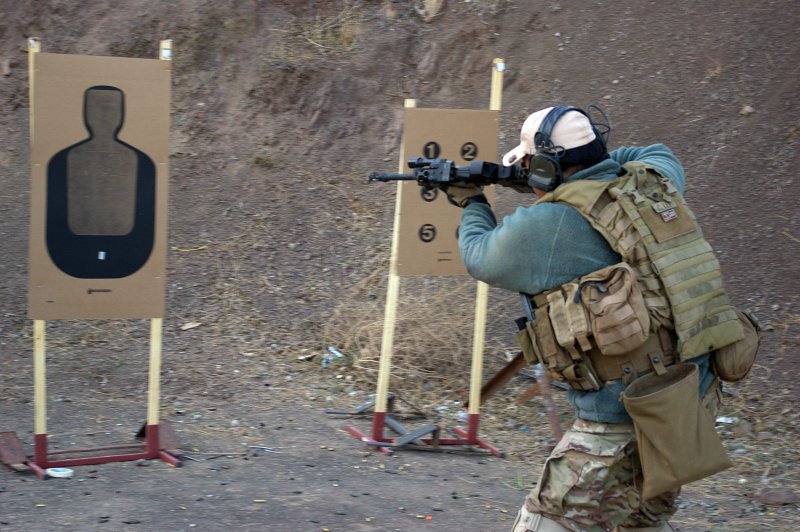 quick introduction by James and Kyle Lynch, along with the usual student self-intro with which most anyone who’s attended any firearms school would be familiar. In this particular class, the students were mostly law enforcement (LE) personnel, along with one contractor and two civilians. Those LE officers that took it upon themselves to learn from some of the best instructors in the industry are to be commended for their initiative and willingness to learn “outside the box”.

A detailed safety briefing and range rules recitation were also familiar as I stood there listening and wondering about what Tactical Response could do differently than the many other carbine classes I’d attended. Not too long into James and Kyle’s instructional session, I realized that unlike most firearms instructors, James Yeager focuses on the fighting mindset. His class not only works your weapons-handling skills, safety, accuracy, and technical movements, he also makes sure you walk away understanding the mindset that is so important to winning–or at least surviving–a fight.
We started with pistol, then worked on the transition from primary weapon (carbine) to pistol. James stressed keeping a gun in the fight at all times, so transition from rifle/carbine to pistol is an important aspect of “keeping the fight on”. Yeager’s F.A.S.T (Fire, Assess, Scan, Top off) taught me how to properly scan my six, something a lot of other instructors are not willing to do in a class. I for one will incorporate this move into my training in the future.

We continued with standard positions, from upright (with proper stance) to kneeling to prone and worked on different asymmetric prone and kneeling positions from various barricades. At the end of day one, I had expended all 36 fully loaded magazines (28rds per mag) I’d brought to the range.

Day two started with another detailed safety and range safety briefing. We then moved into team drills and shooting on the move. In my old age and faded memories, this has to be one of the most physically demanding classes I’ve ever attended. This was not your normal standing-in-a-square-range-and-send-lead-down-range type of class. I can just imagine what the Tactical Response 5-day "High-Risk Civilian Contractor – Shooting Package" entails.
The class was very fast paced and high-round-count, just like day one. After all, you can’t learn how to do something unless you actually do it and practice it. With respect to information covered and student shooting skill enhancement, this class achieves in 2 days what other tactical shooting schools would take a week or multiple courses to achieve.

Another difference between Yeager and other big-name instructors is that he actually encourages the student-teacher relationship, including having dinner together after the class. Try to get some of the other instructors to even eat a sack lunch with you during one of their classes. Good luck!

After completing the course, I realized I now have a thirst for his "Advanced Fighting Rifle" course, and maybe even a cool "High-Risk Contractor Shooting Package", although living in Tennessee for five days could be challenging for an Asian without an adequate supply of real Chinese food. 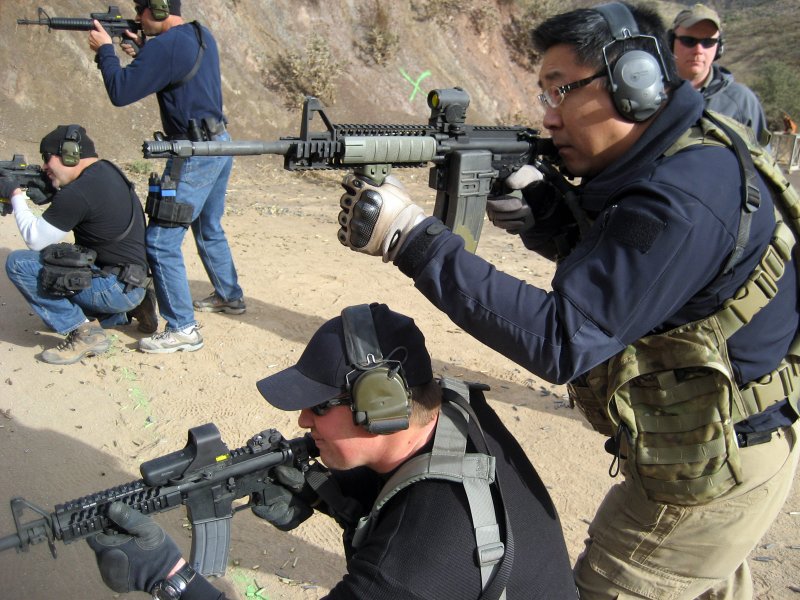 All joking aside, though, my new found appreciation for James, his course material, and his instructional skills has profoundly changed my fighting rifle mindset. It’s rare that I walk away from a two day class shaking my head in amazement at the new skills I’ve learned. This 2-day class is definitely one of the best tactical rifle/carbine courses available for anyone who’s serious about learning to fight with a rifle. If you have the opportunity to take a class with Tactical Response, do it.


On the Gear side…

All of my tactical gear survived this class. But, then again, it’s the same gear that took me through many other carbine courses. The only difference was the Wolf 5.56mm/.223 Rem. ammo. Over the two days I was at the range, I had a total of three failures. Two failures were resolved using the standard failure drills, but the third failure occurred during the 2nd day movement drill. James looked at my Wolf ammo early on in the day, and he made a point about the possibility and danger of getting a Wolf Teflon-coated steel cartridge case stuck in the chamber during the team movement drill. And guess what? It happened! I had to ram a cleaning rod down the muzzle to clean the malfunction.

Editor’s Note: Needless to say, this (clearing a stuck cartridge case) is not a procedure you want to have to perform in the middle of a firefight in a highly-dynamic CQB/CQC environment. This is why high-quality factory brass-cased ammo is recommended for any/all tactical operations and/or defensive use. 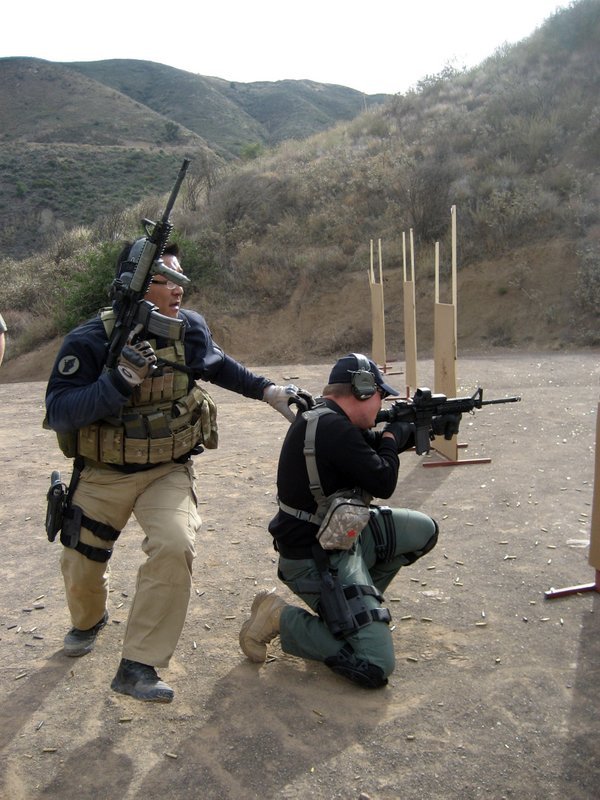 Overall, though, the Wolf ammo performed admirably. Of course, I used a lot of SLiP2000 EWL (Extreme Weapons Lubricant) gun lubricant to keep the gun running smoothly and with as few hitches as possible.

In the past, I’ve experienced some point-of-aim/point-of-impact (POA/POI) shift with my EOTech 553 and Aimpoint 3XMag magnifying module, but the new EOTech 3X magnifier with FTS (Flip-To-Side) mount (manufactured by Samson Manufacturing Corporation) did not have that same issue. I am not sure why this is the case, but either the Samson mount or the EOTech 3X magnifier seemed to resolved this issue.

By the end of the two days, I was left with a dirty rifle, empty brass (or, in this particular case, empty steel) on the ground, and a big smile on my face. 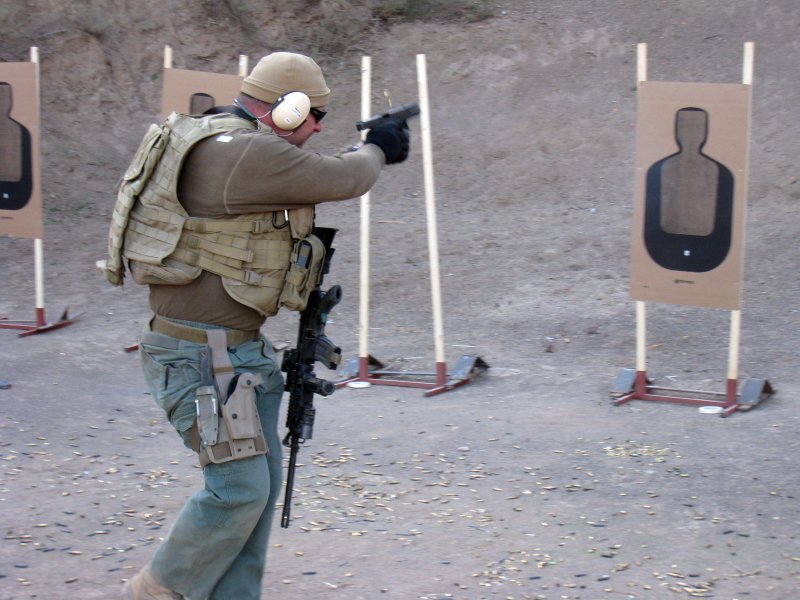 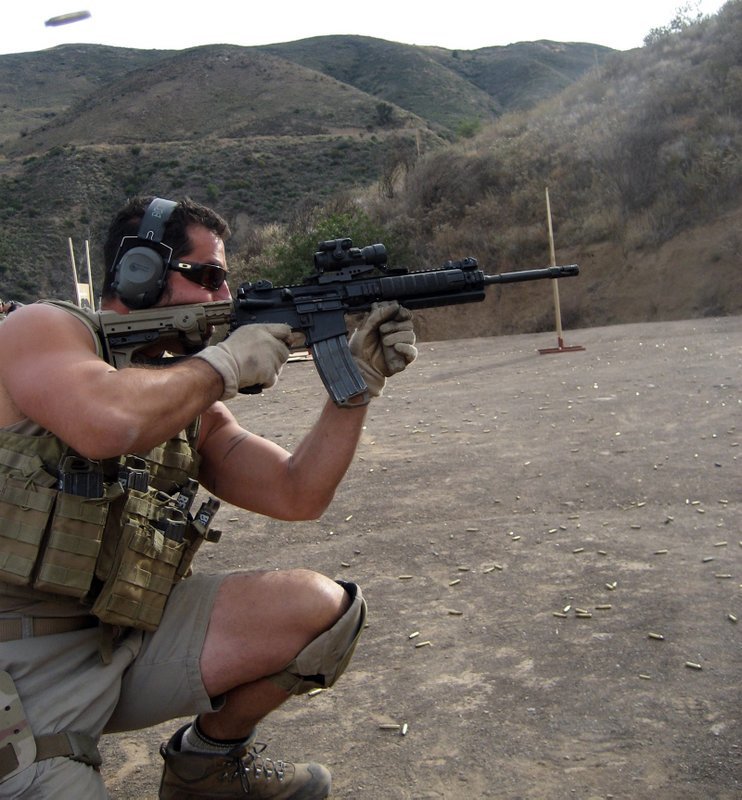 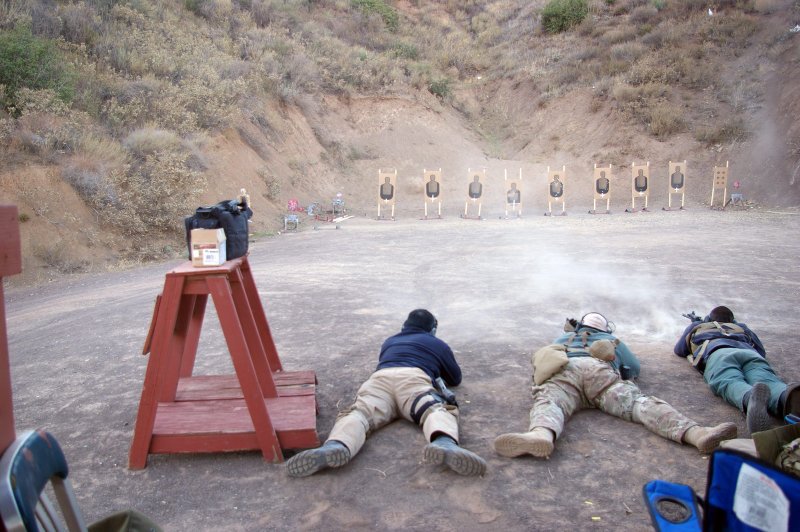 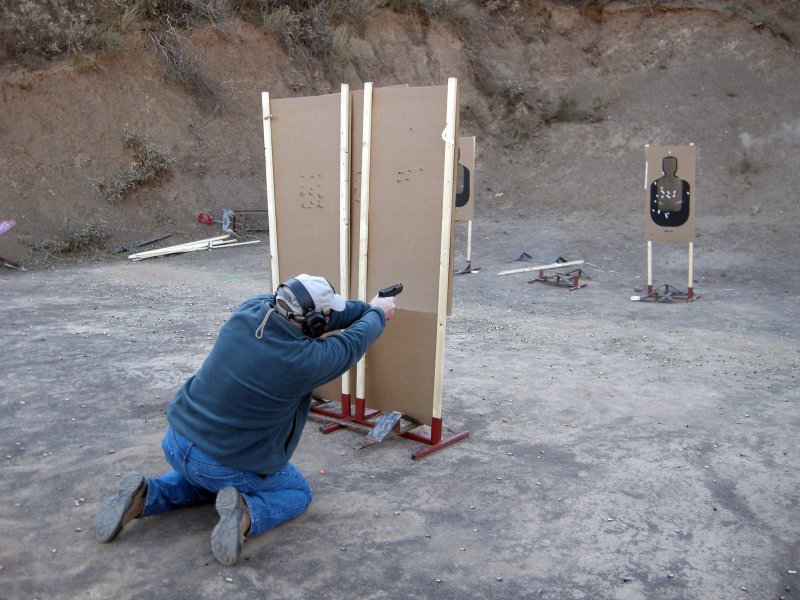 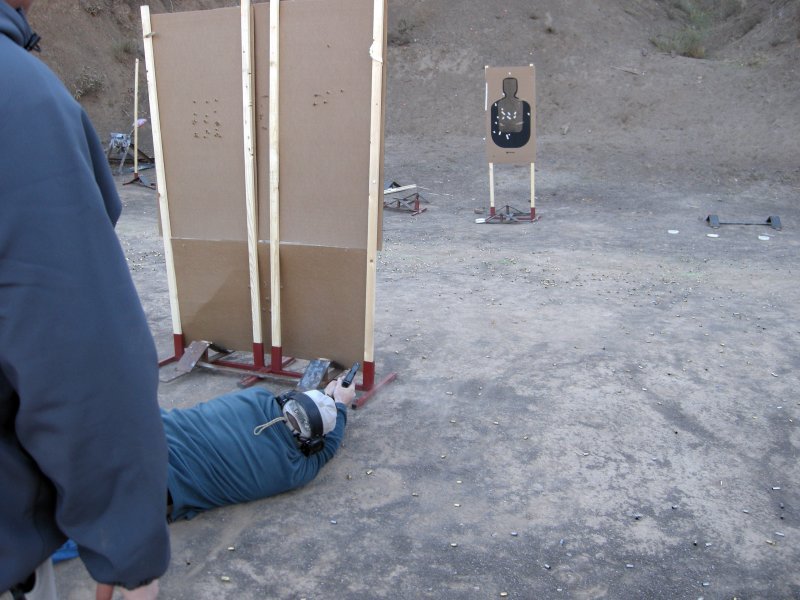 David Crane started publishing online in 2001. Since that time, governments, military organizations, Special Operators (i.e. professional trigger pullers), agencies, and civilian tactical shooters the world over have come to depend on Defense Review as the authoritative source of news and information on "the latest and greatest" in the field of military defense and tactical technology and hardware, including tactical firearms, ammunition, equipment, gear, and training.
Previous TangoDown ARC Polymer 30-round Magazine for Tactical AR-15 Carbines and SBRs
Next AR-15/M4/M4A1 Carbine Reliability Issues: Why They Occur, and Why They’re Our Fault!