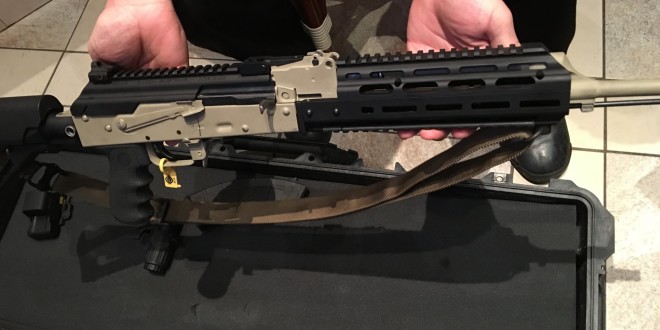 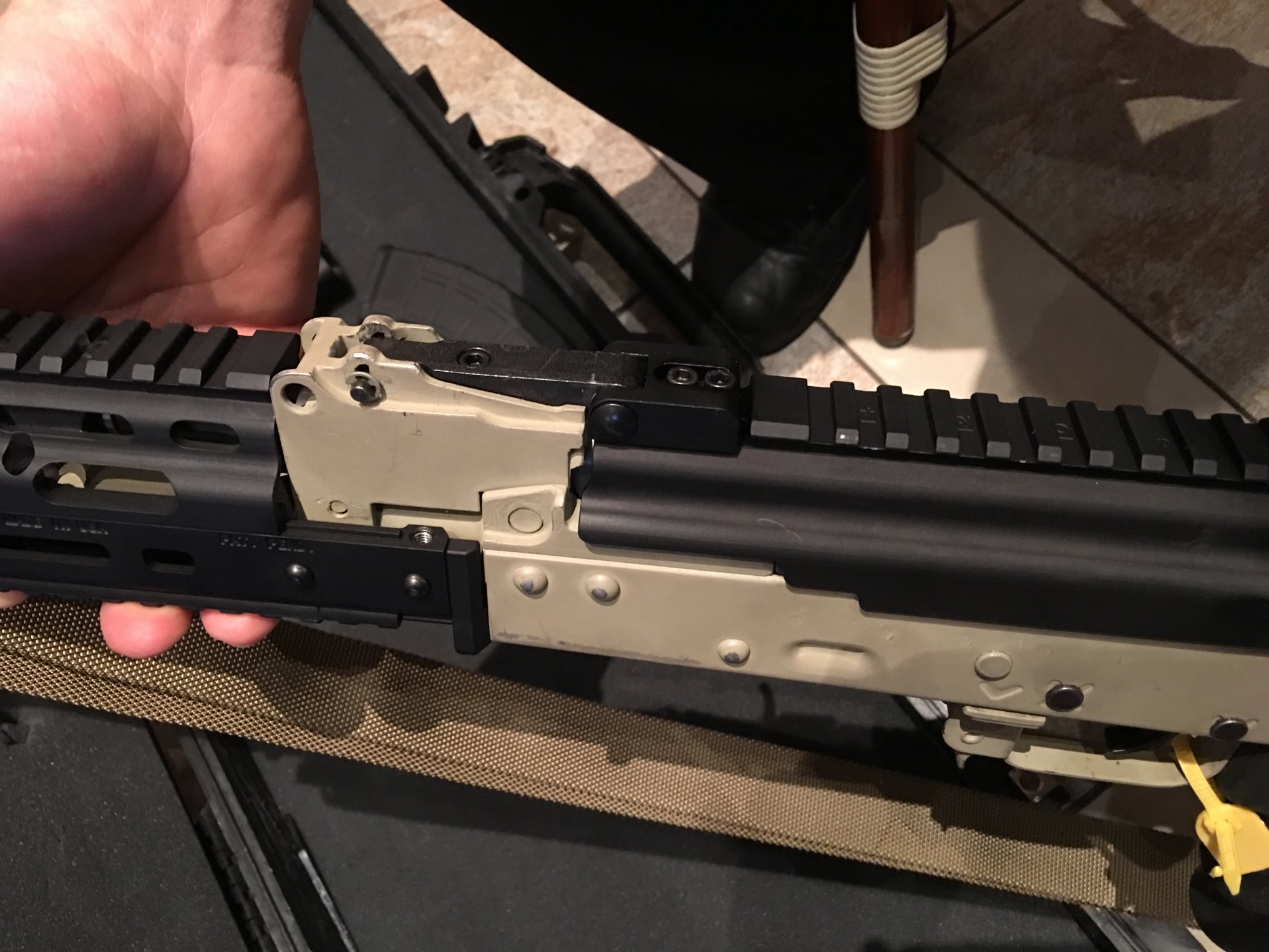 One of the things DefenseReview (DR) enjoys most about SHOT Show is finding cool new products made by small companies that improve the combat/tacctical peformance of legacy weapon systems, and thus generally make all our lives better and easier. The new flip-up, co-planer Gen-3 Dog Leg Rail, AK-47/74 and Gen-3 Tactical Hand Guard system kit, from Texas Weapon Systems (TWS), would appear to be just two of those products, assuming they’re perfectly straight and well-made out of quality materials with good QC (Quality Control), and are rugged/durable under adverse combat-type conditions.

Basically the flip-up, co-planer TWS Gen-3 Dog Leg Rail, AK-47/74 and Gen-3 AK tactical handguard system not only solves the problem of mounting modern variable-power (1x4X, 1.5-6X, etc.) combat optics on an AK, but it also allows you to field-strip and maintain the AK platform even more quickly and easily than before, while also allowing you mount a cleaning kit and bayonet on the rifle, if so desired. You can remove the Gen-3 Dog Leg Rail with a combat optic mounted on it by sliding an AR (AR-15)/M16/M4/M4A1-type takedown pin, that’s retained and thus won’t fall out of the top rail during the procedure. 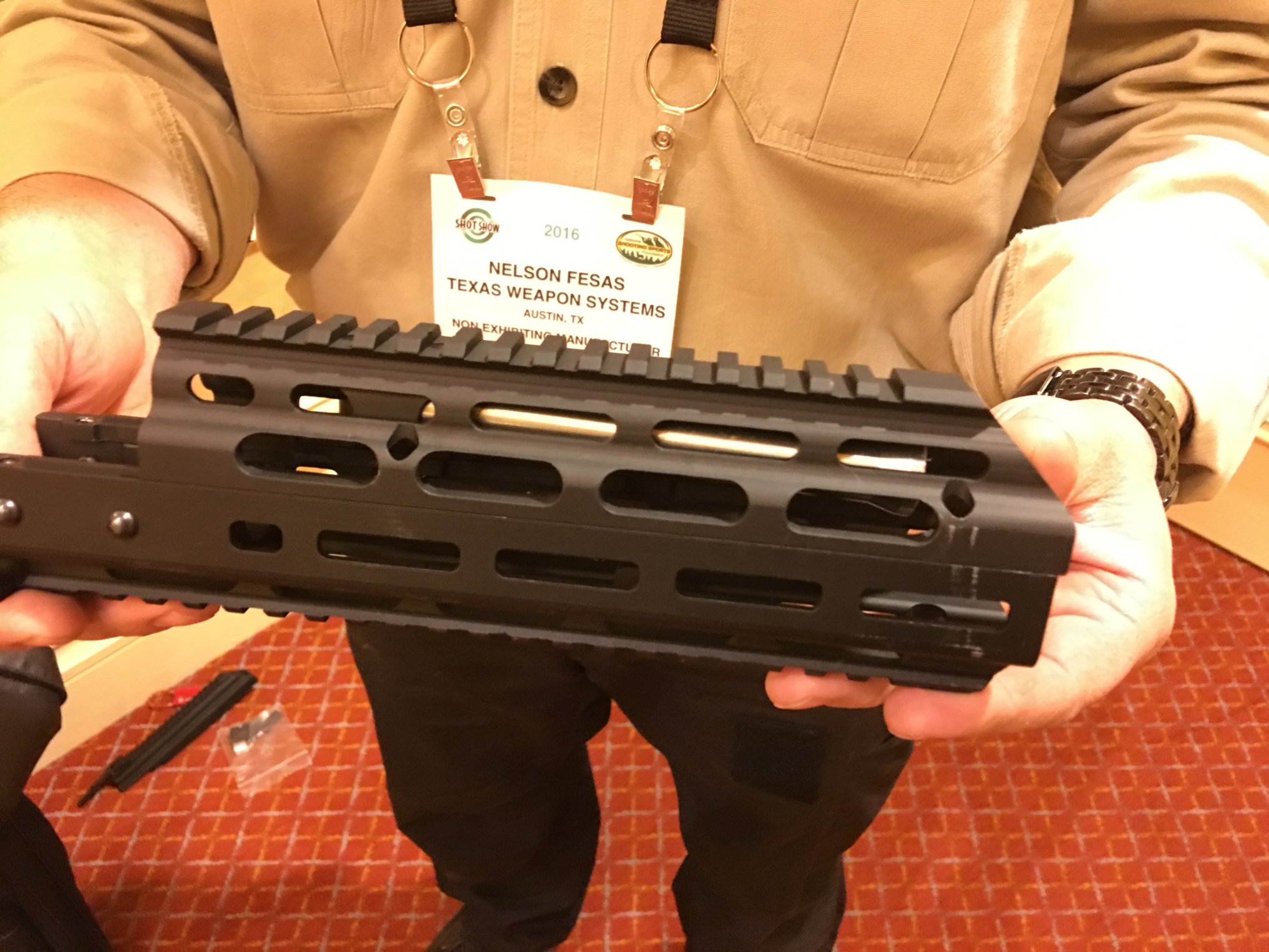 The new TWS Gen-3 Hand Guard is co-planer with the Dog Leg Rail, and is M-LOK-compatible. It also incorporates a TWS replacement AK gas tube that allows the barrel to be free-floated, so you now have a free-float-barrel AK! THAT’S really cool. The gas tube is actually designed to flex a little bit inside the handguard.

Here’s how fesas describes it: 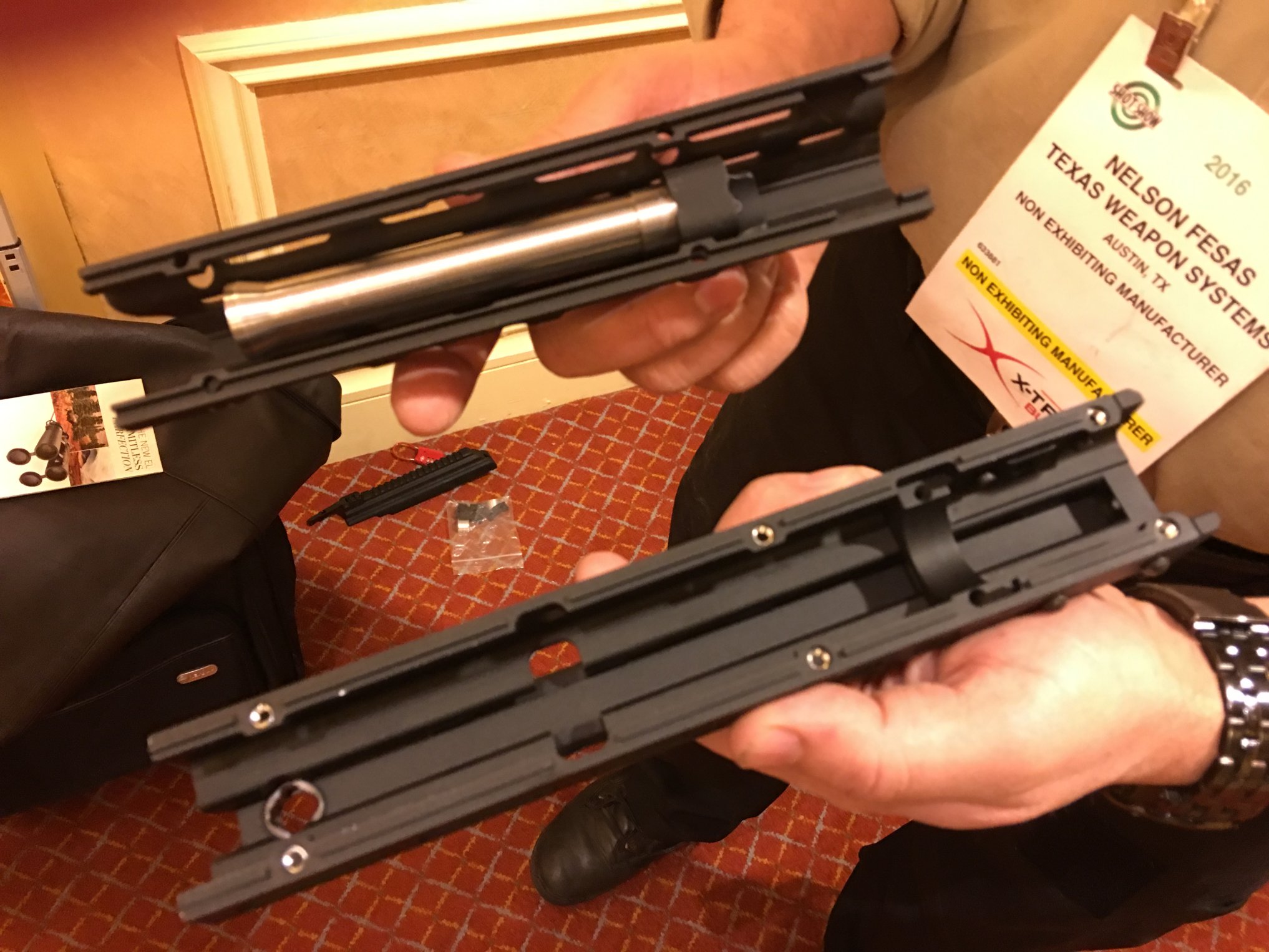 “It’s [Gen-3 Hand Guard] got a new gas tube that comes with the system. It’s part of the kit. And, it attaches at the chamber end of your barrel, with this barrel bushing sytem, here [see vide below]. And, then it’s got a wedge-clamp system that fits at the back, which fits into the receiver space between the trunnion and the sheet-metal receiver, itself. It’s an expanding wedge-lock system, which very solidly secures the handguard to the weapon. By doing that, now we have free-floated this barrel from the barrel-clamp area forwards, and so theres no contact anywhere along the barrel.

And, this particular gas tube system here, if we look at it this way [see video below] is designed to flex a little bit. You can see that slight amount of movement. So, as your handguard is braced on a pack, on a tree, on a rock, whatever you’re doing in order to stabilize your shot, and you induce a stress into the rifle, you’re not transfering that into your barrel, either through the handguard itself, or through the gas tube, because of that small amount of motion that we allow in there.”

Pretty interesting. Let’s just hope it all works as advertised. If it does, it’s going to be pretty great for AK lovers.

Defense Review is intrigued by these new Texas Weapon Systems products, and we look forward to obtaining them for our own tactical AK carbines, at some point. 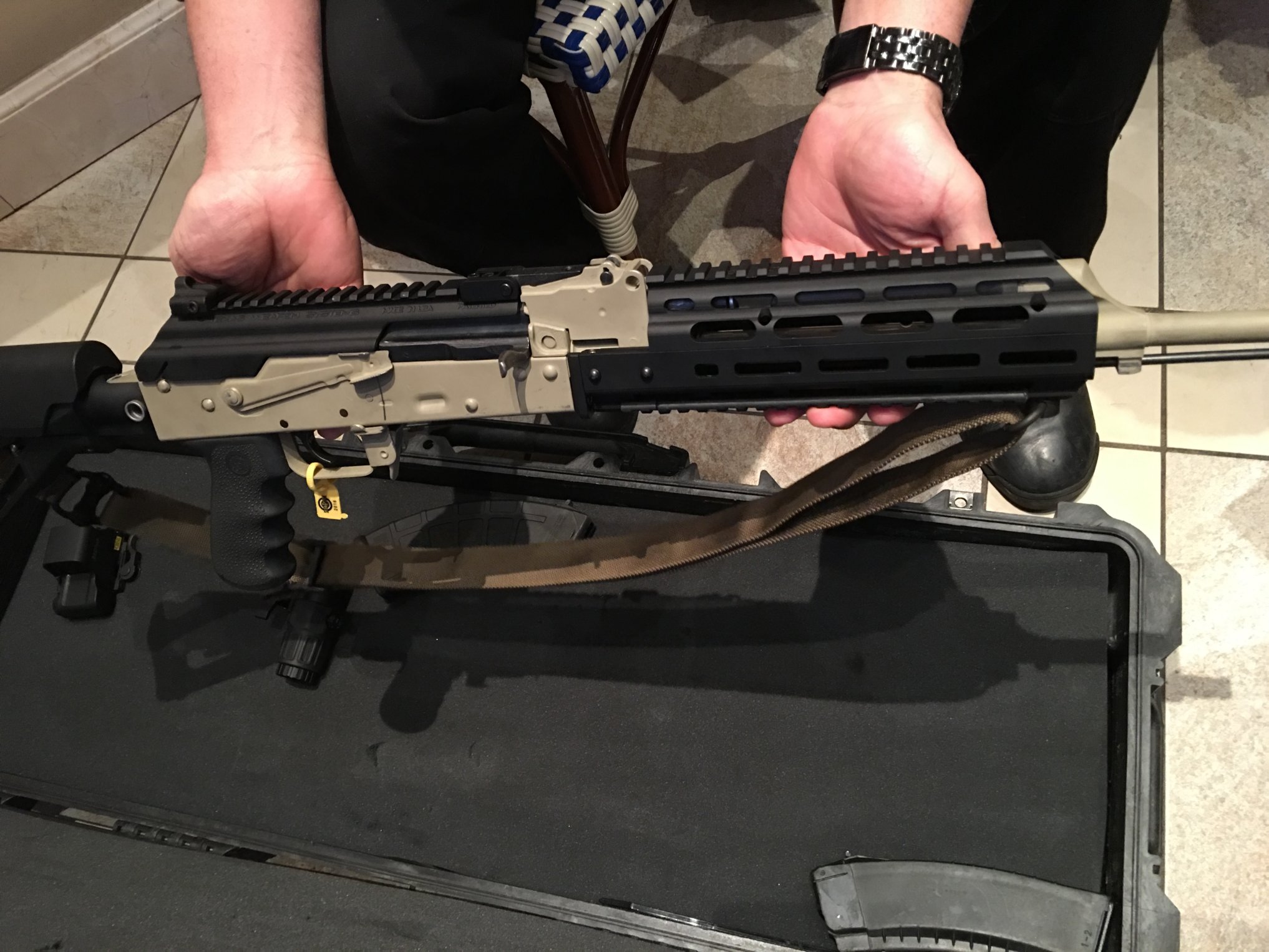 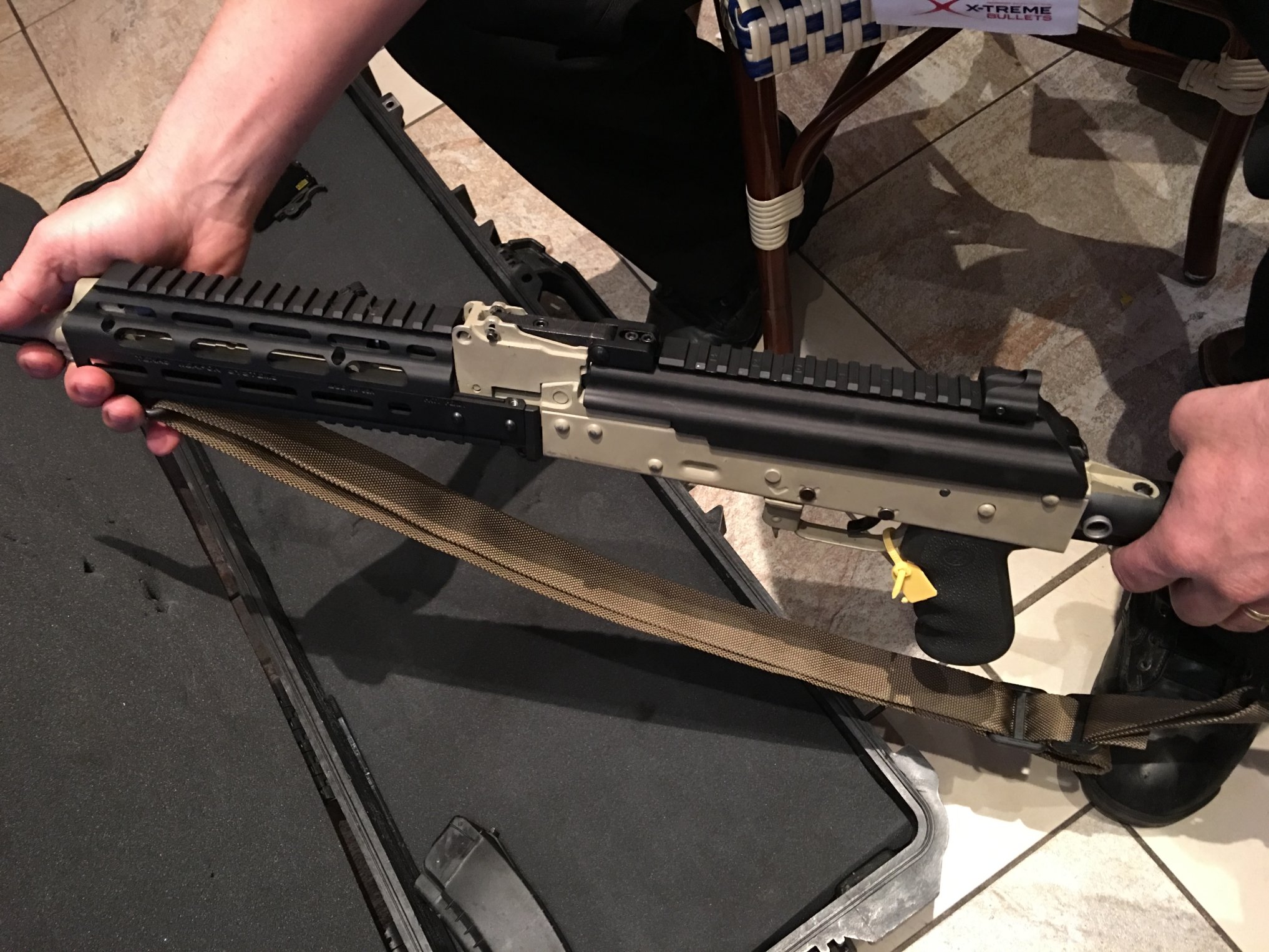 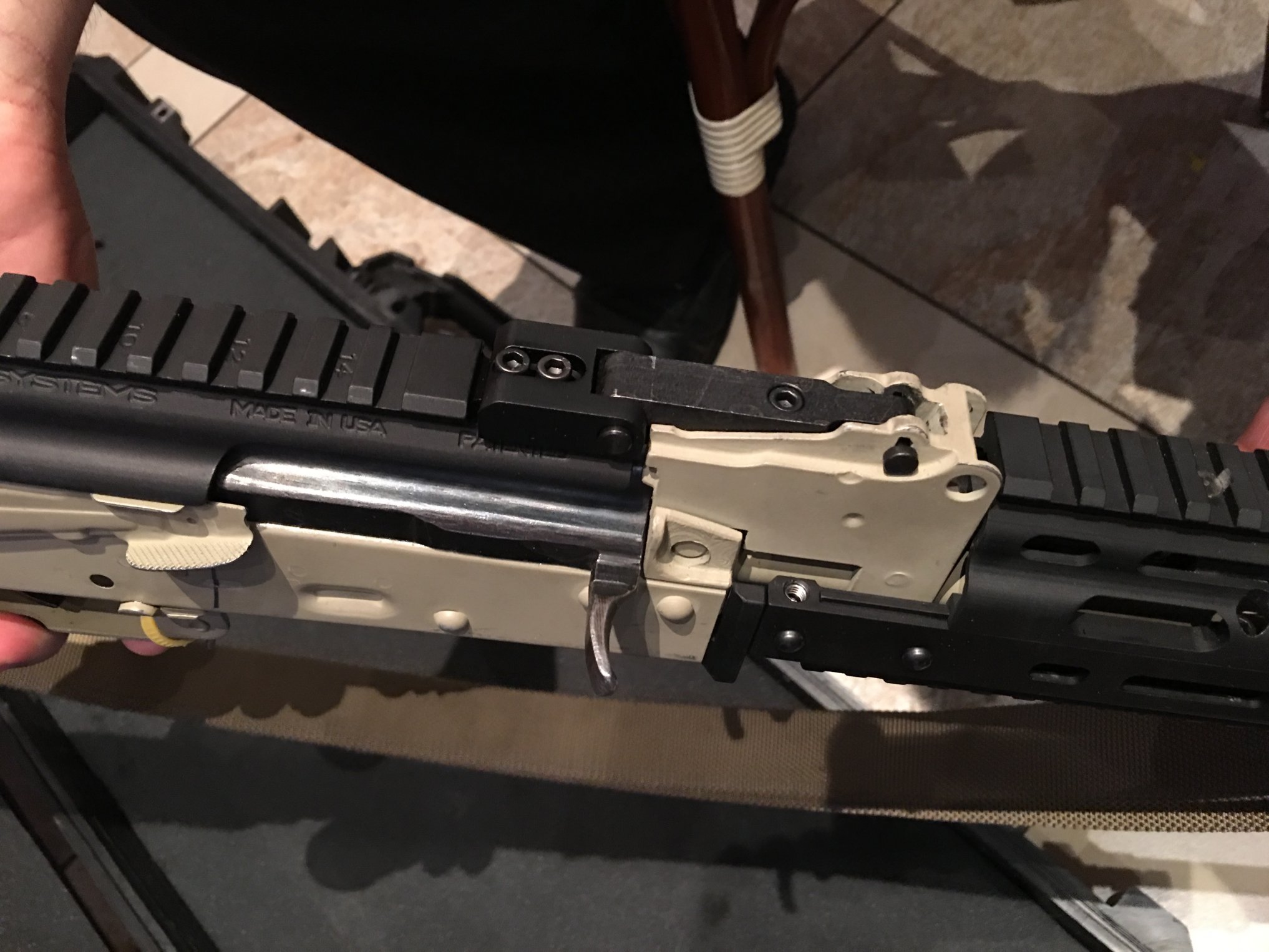 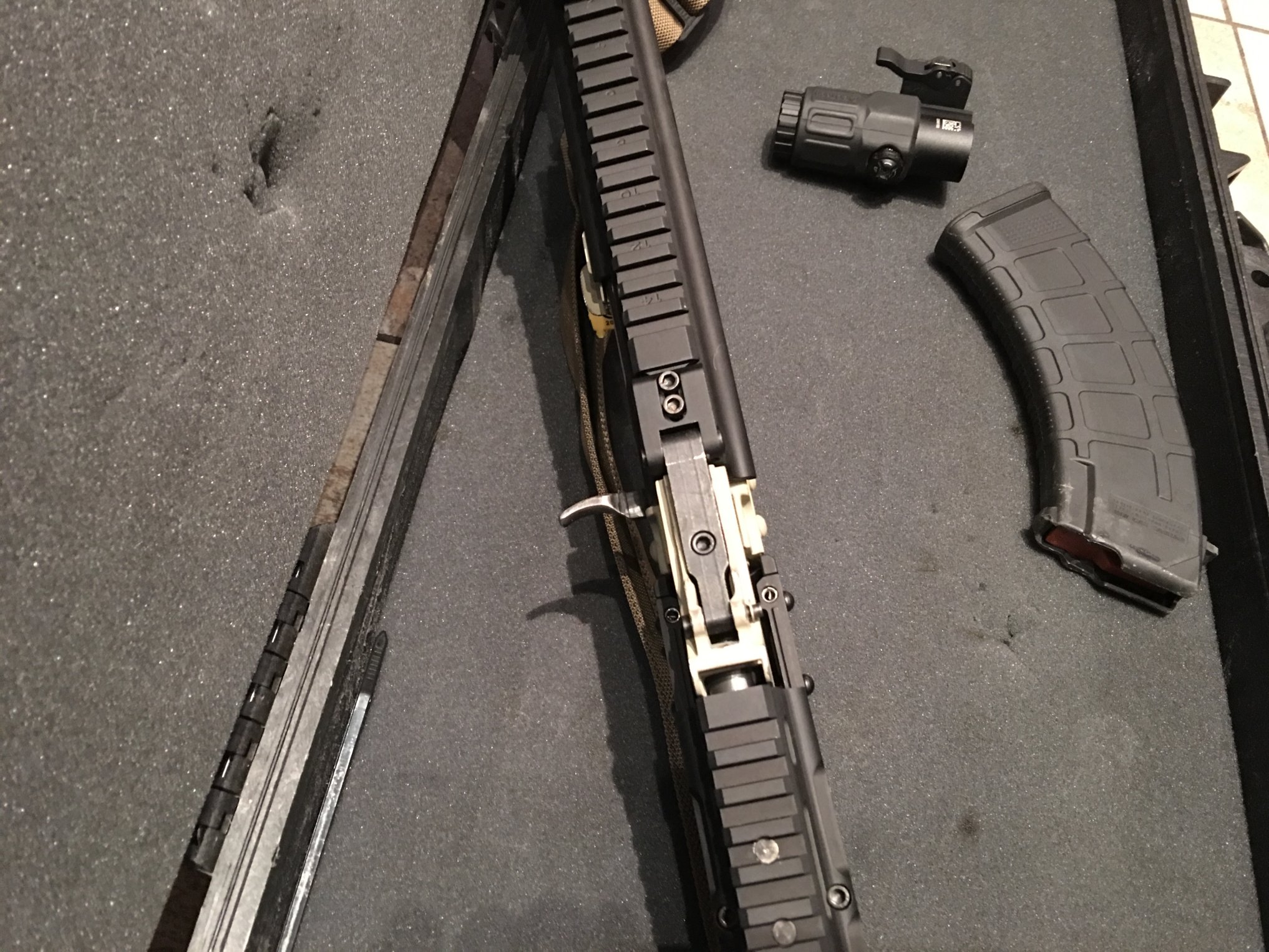 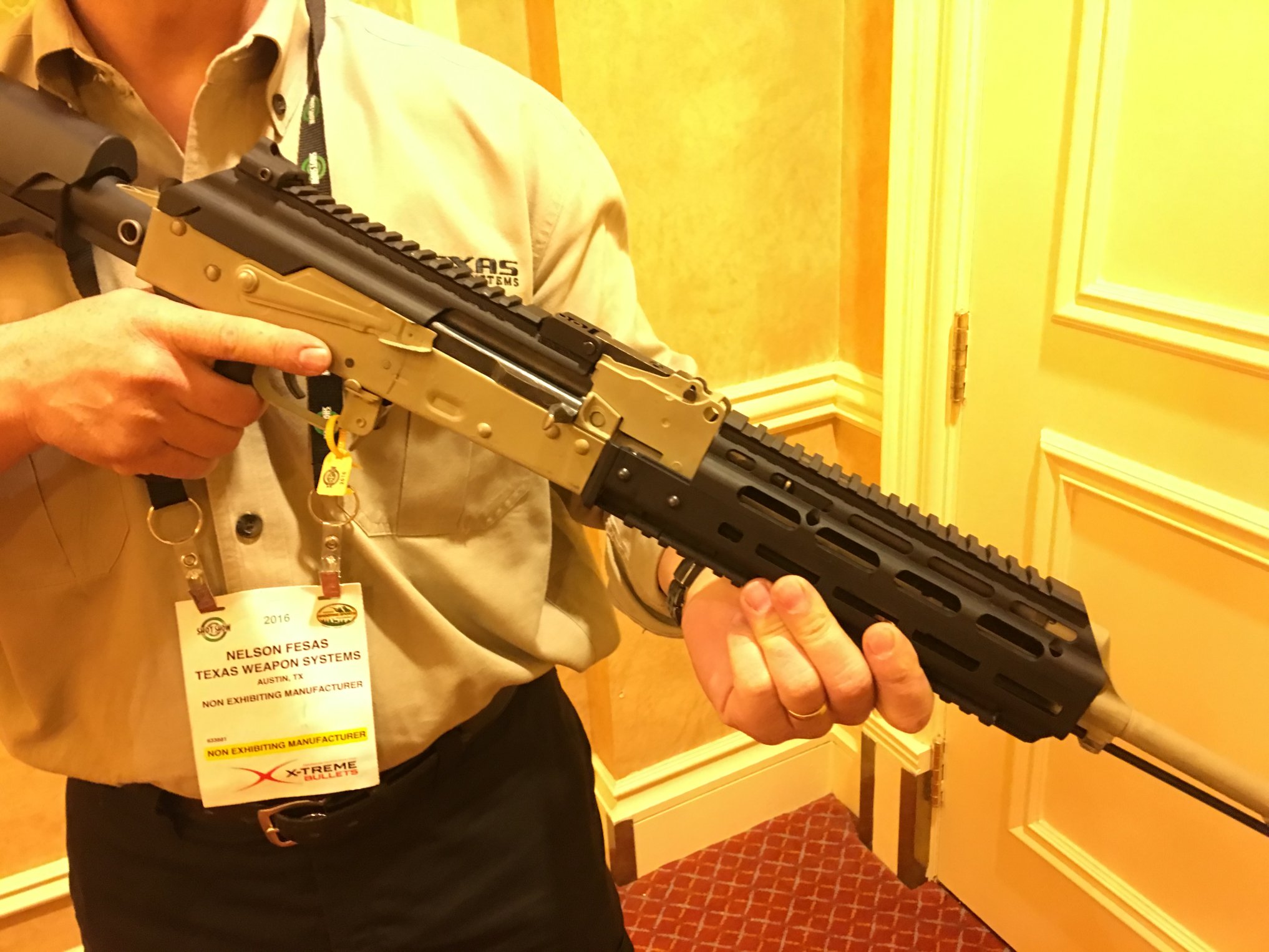 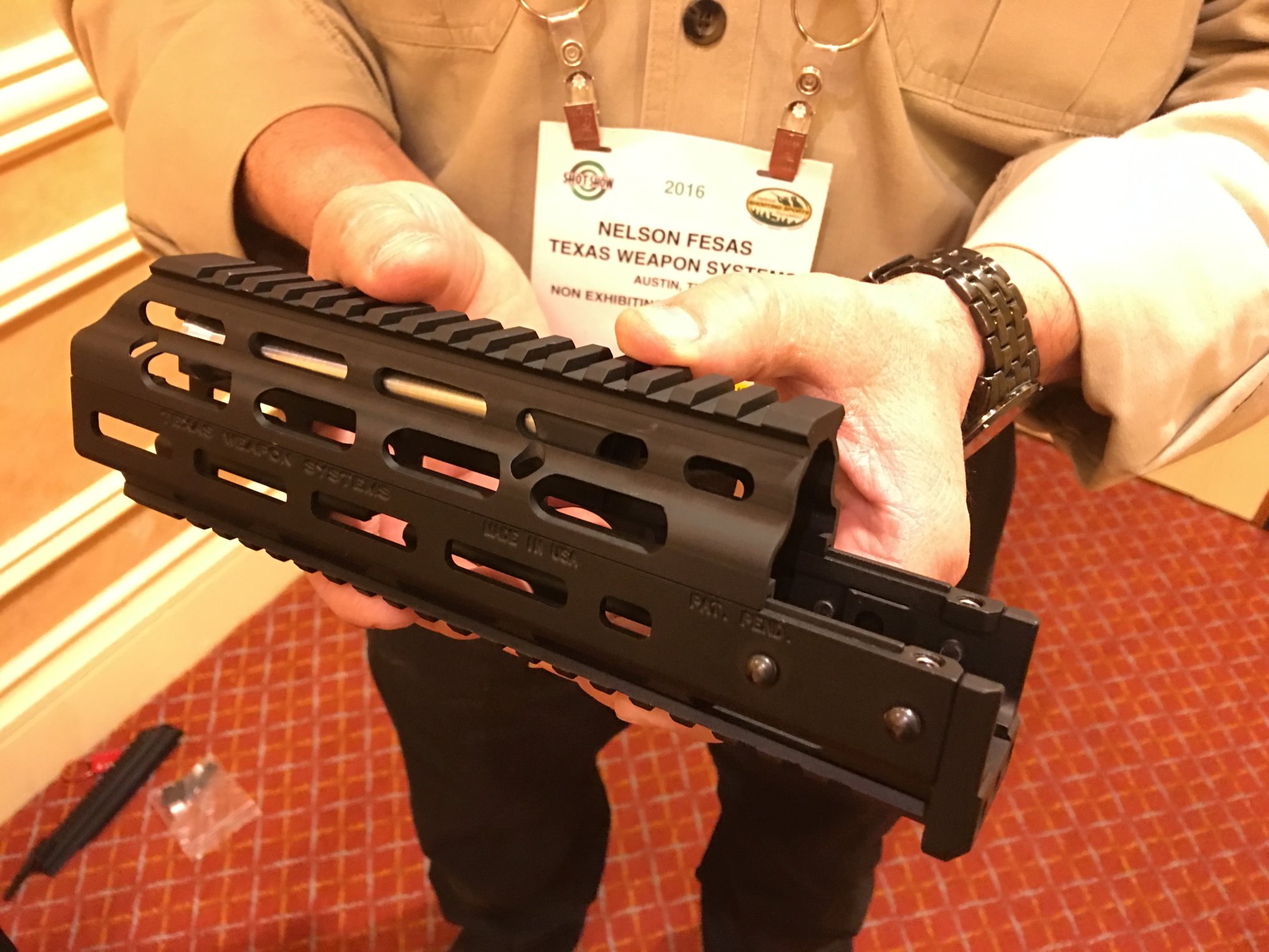 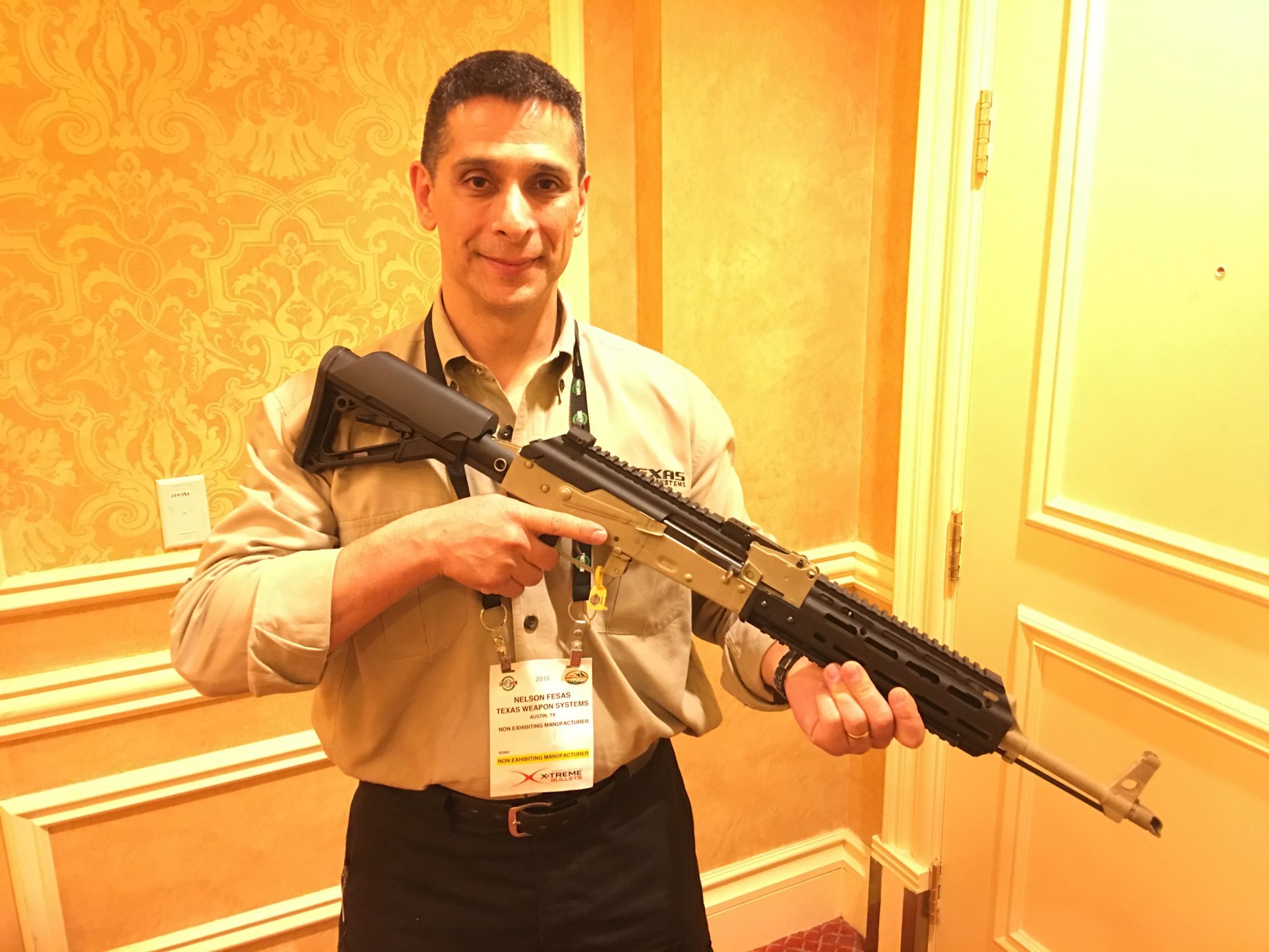 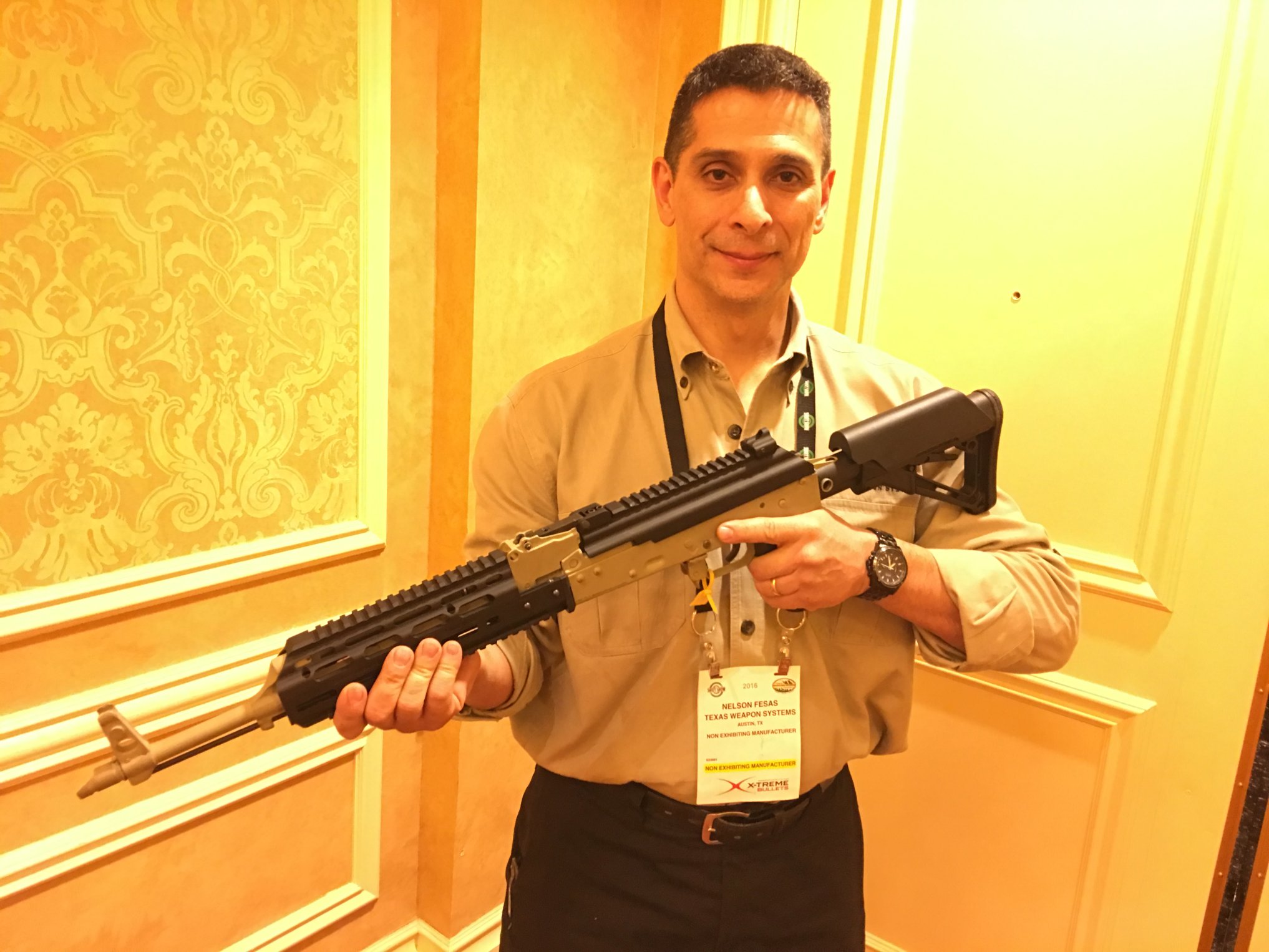