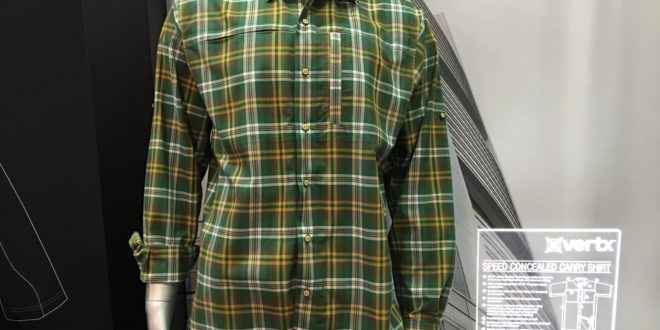 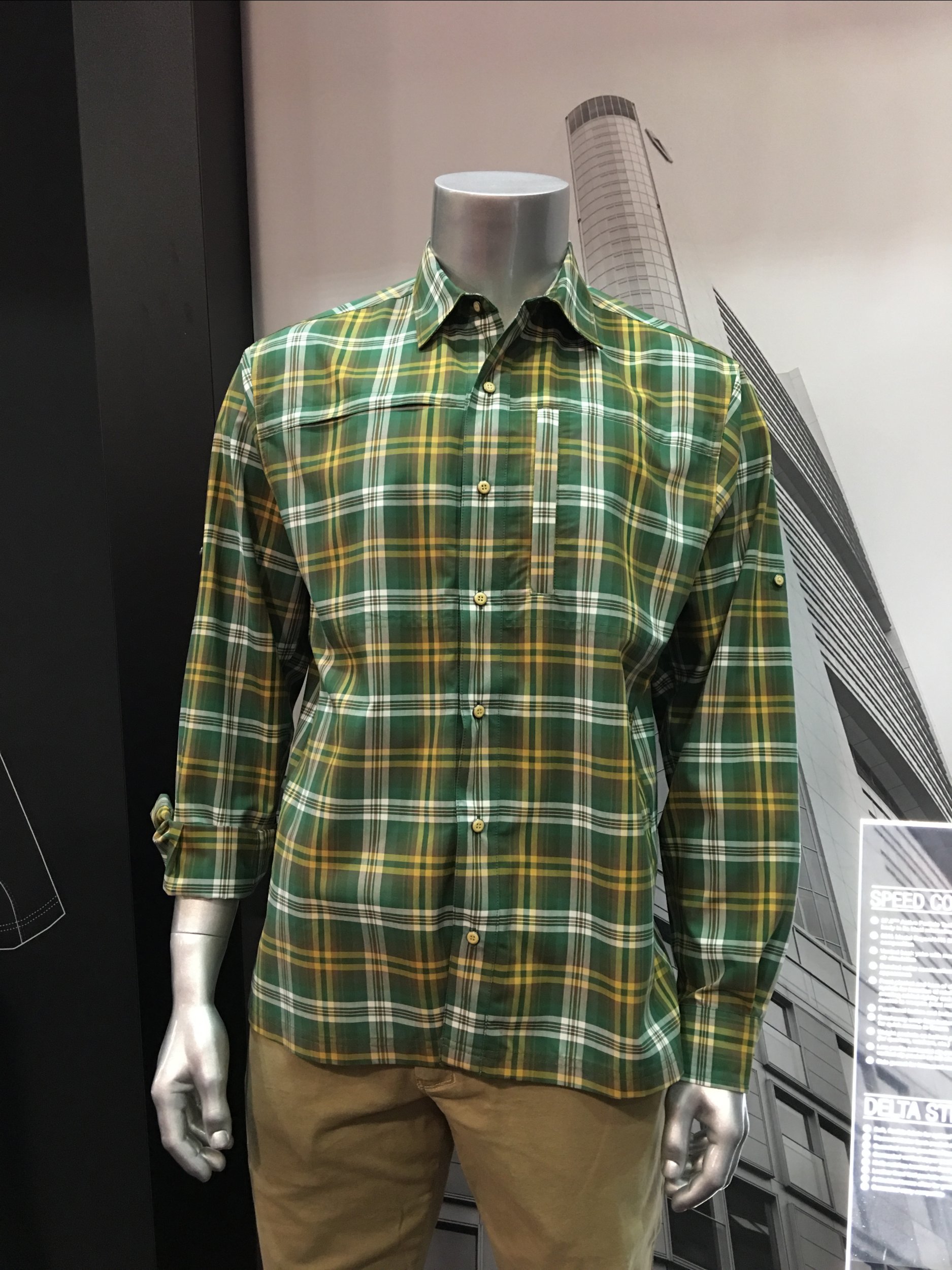 DefenseReview (DR) has been following Vertx combat/tactical clothing and gear for awhile now (see here and here), so it wasn’t exactly surprising to see them come out with a really nice and very tacticool shirt and pant combo recently at SHOT Show 2016. Let’s start with the shirt; it’s called the Vertx Speed Concealed Carry Shirt – Long Sleeve – Forest, and the one we saw sported a very nice-looking green plaid color pattern to give the wearer a lo-pro/lo-vis (Low-Profile/Low-Visibility) outer shirt for carrying a combat/tactical pistol covertly underneath it. The shirt is actually a high-performance technical shirt, as it incorporates Cocona 37.5 volcanic rock and coconut shell charcoal carbon particle-infused fiber fabric technology to enhance moisture-wicking, cooling and odor prevention. A garment with the 37.5 tech will also dry about five (5) times faster than an ordinary garment, which is pretty great.

Basically, the Vertx Speed Concealed Carry (CCW) Shirt – Long Sleeve Forest just looks like a really nice plaid outdoor shirt that you’d find at REI, Patagonia, The North Face or Orvis, except it’s got a few features that optimize it for concealed carry, like faux/fake-button snaps and weighted pocket at the bottom for fast opening and “sweeping” to draw your firearm (pistol) as quickly as possible during a lethal confrontation. It even features two little gromets on the hem and placket for adding a rigid item (like a weed-eater cord, for example) to enhance draw sweep ease and speed even more by giving the shirt a rigid, weighted base. Finally, the Speed Concealed Carry Shirt sports two blended, streamlined chest pockets for storage. 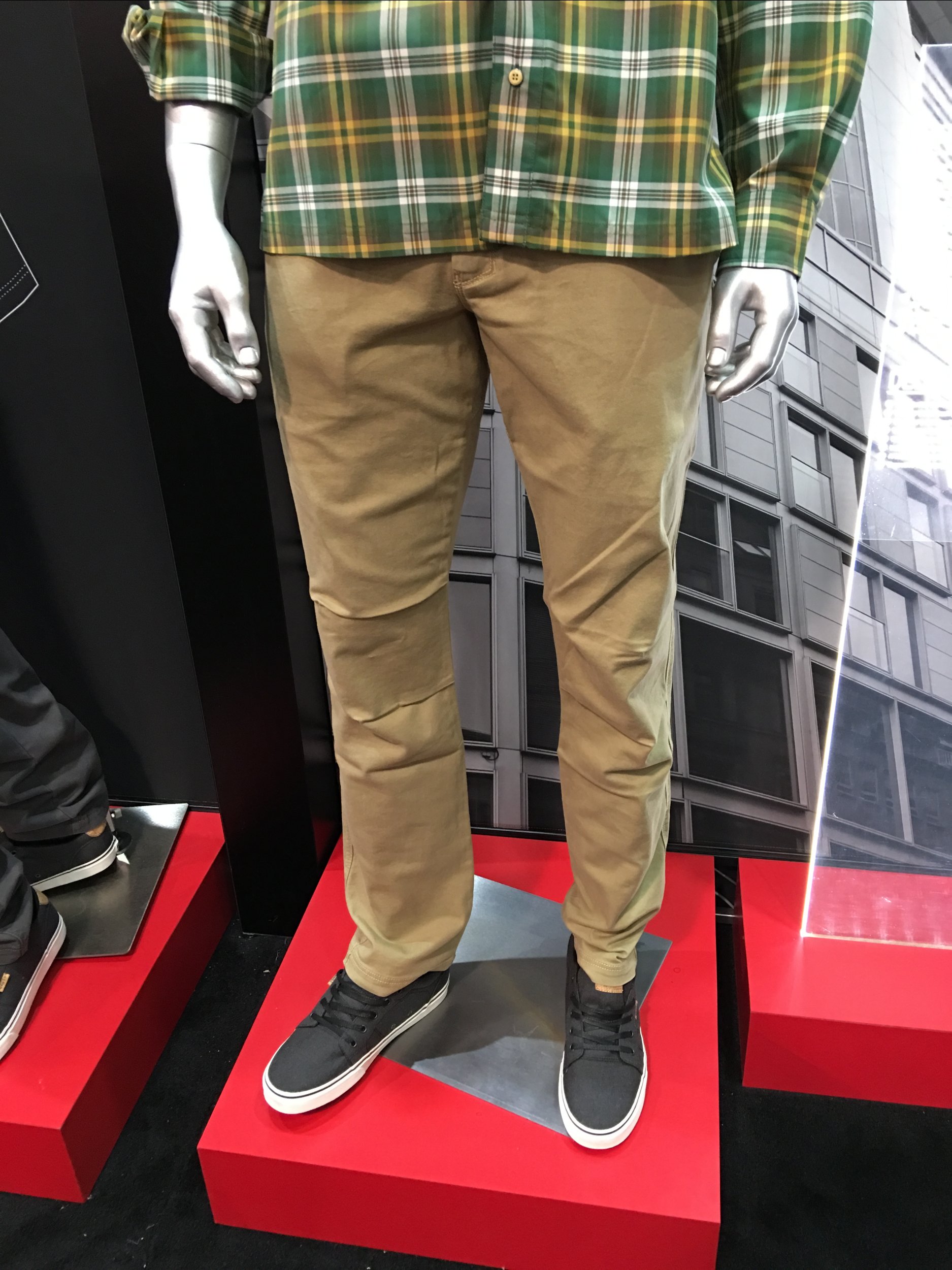 According to Vertx VP Darrell Morrow, the Vertx Delta Stretch Pants “are our [Vertx] answer to being able to be tactical, but not looking that tactical. And, so, we have a good bit of experience in the tactical community, as far as being low profile. So, it’s for that person, he or she that is a concealed carry [civilian] or an operator, whatever you want to say, but they want to be able to carry their firearm and look discreet. There’s not a whole lot of companies out there that are doing this in a manner that allows you to just look normal.” Morrow followed up by saying “And so, this is a great option, along with our Speed Concealed Carry Shirt, to be able to walk out, blend in with the general public, and not look like that guy.” Oh, and they’ve already been field-tested. “We’ve had these out in the field, and the response has been great,” says Morrow.

The Vertx Delta Stretch Pants are made from 98% cottona nd 2% Spandex.

DR got a kick out of Vertx outfitting the mannequins with Vans urban grey sneakers/skate shoes to complete the look lo-pro/lo-vis covert look. Nice touch.

Defense Review was really impressed with the look and features of the Vertx Speed Concealed Carry Shirt – Long Sleeve – Forest and Delta Stretch Pants, so we look forward to wearing them around town AND running them at the range when we get a chance.

DR’s really diggin’ the new Vertx threads, assuming they’re as comfortable as they look, and hold up to daily wear and long-term use. 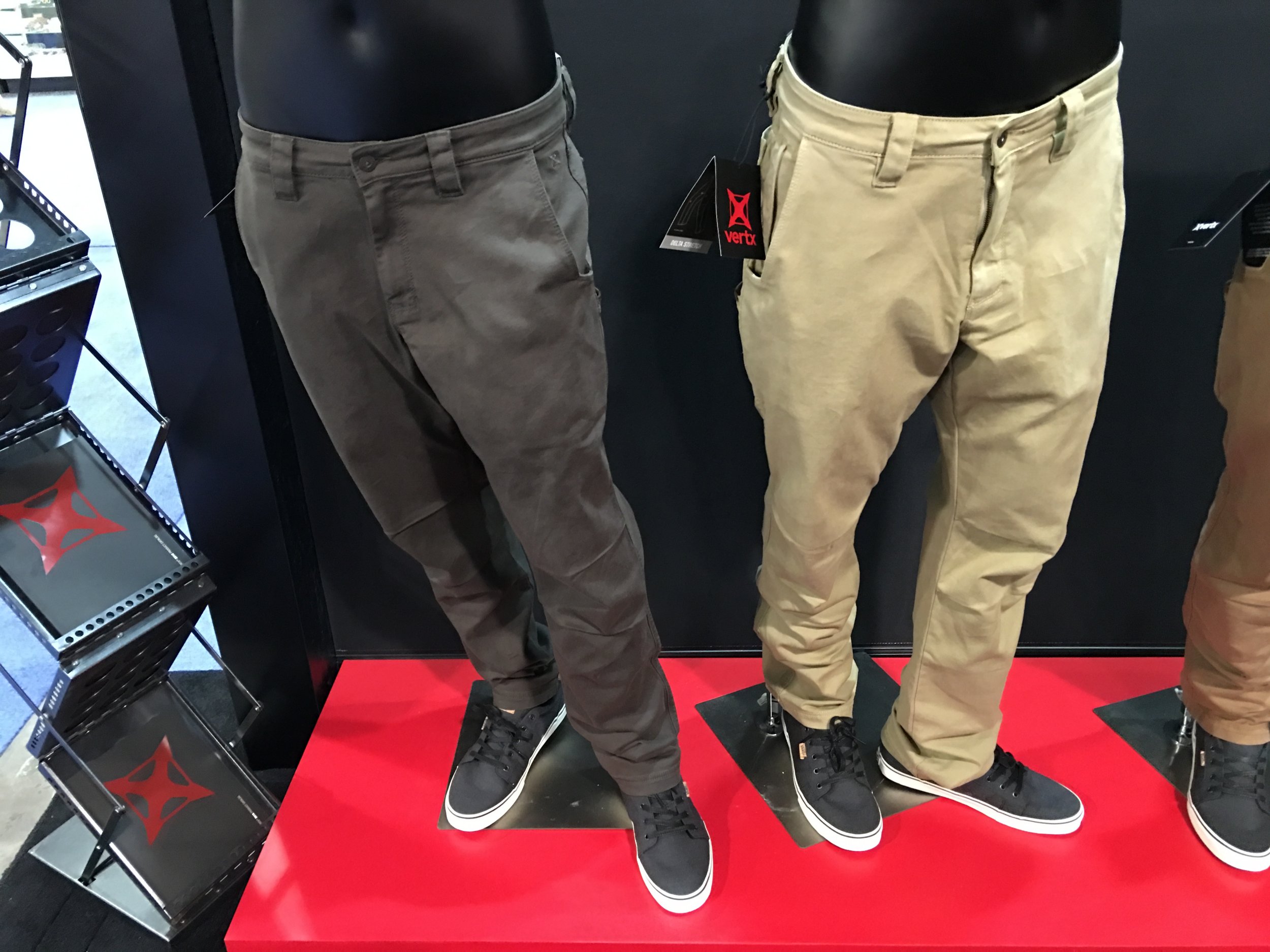 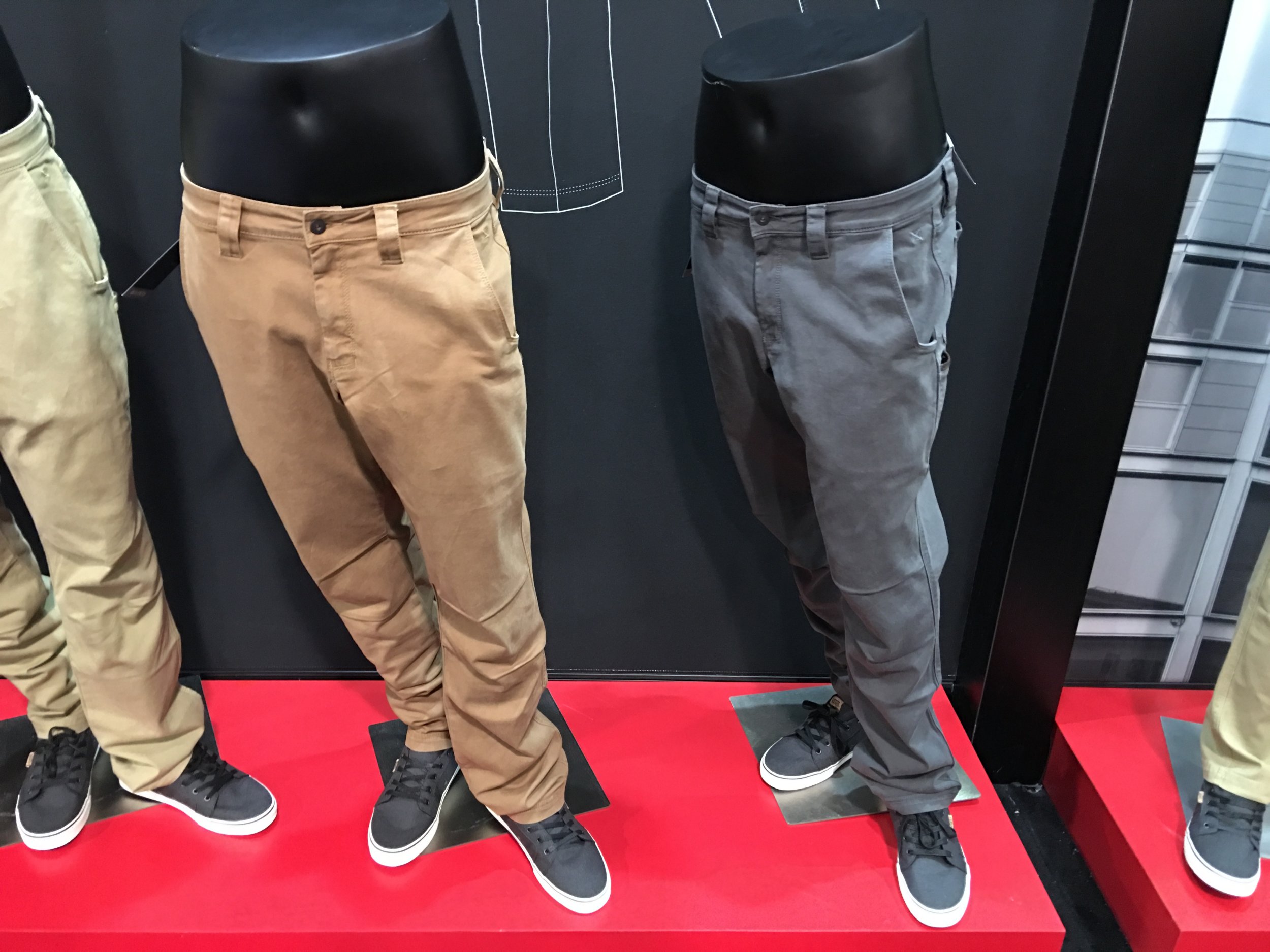 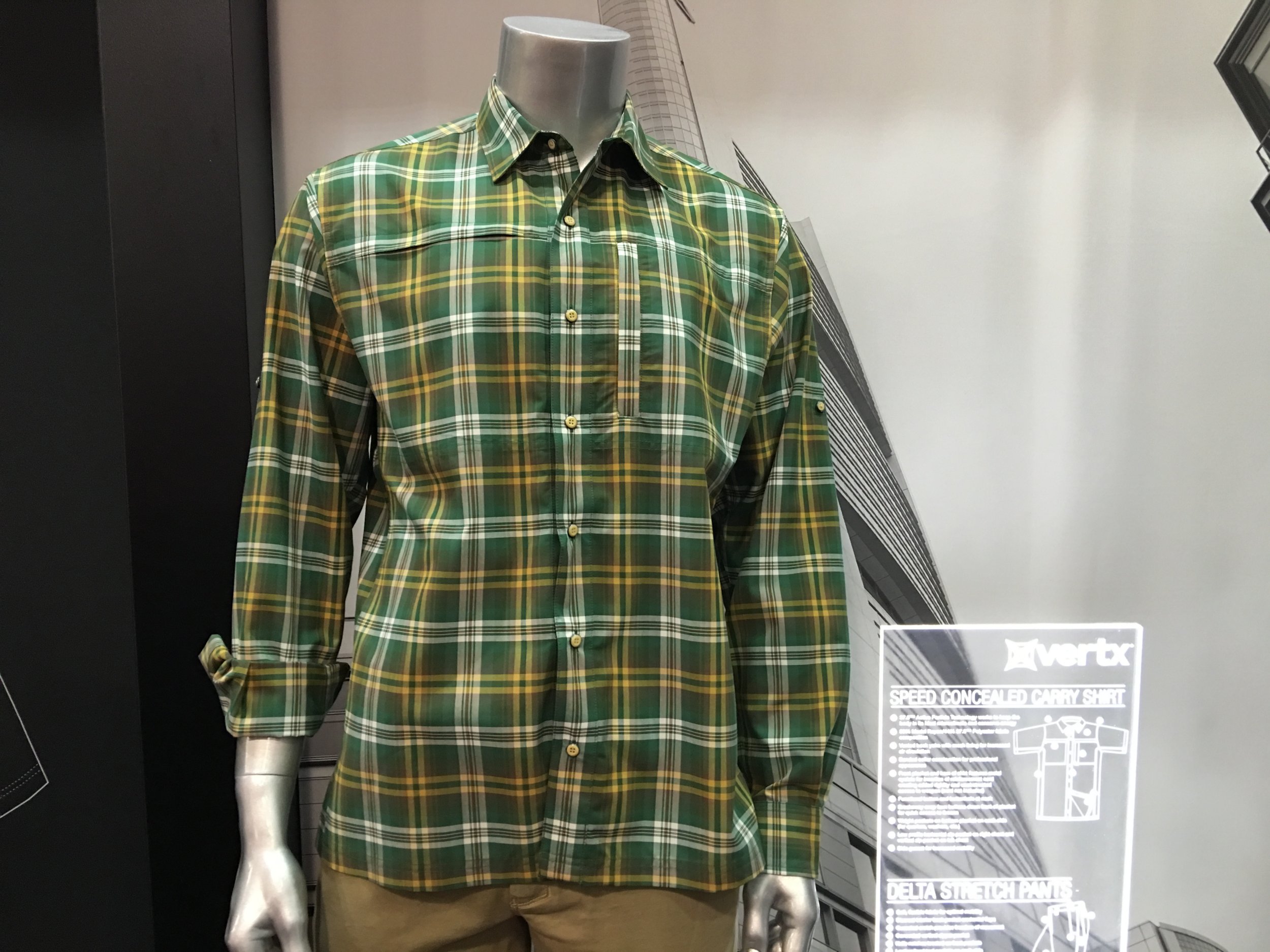 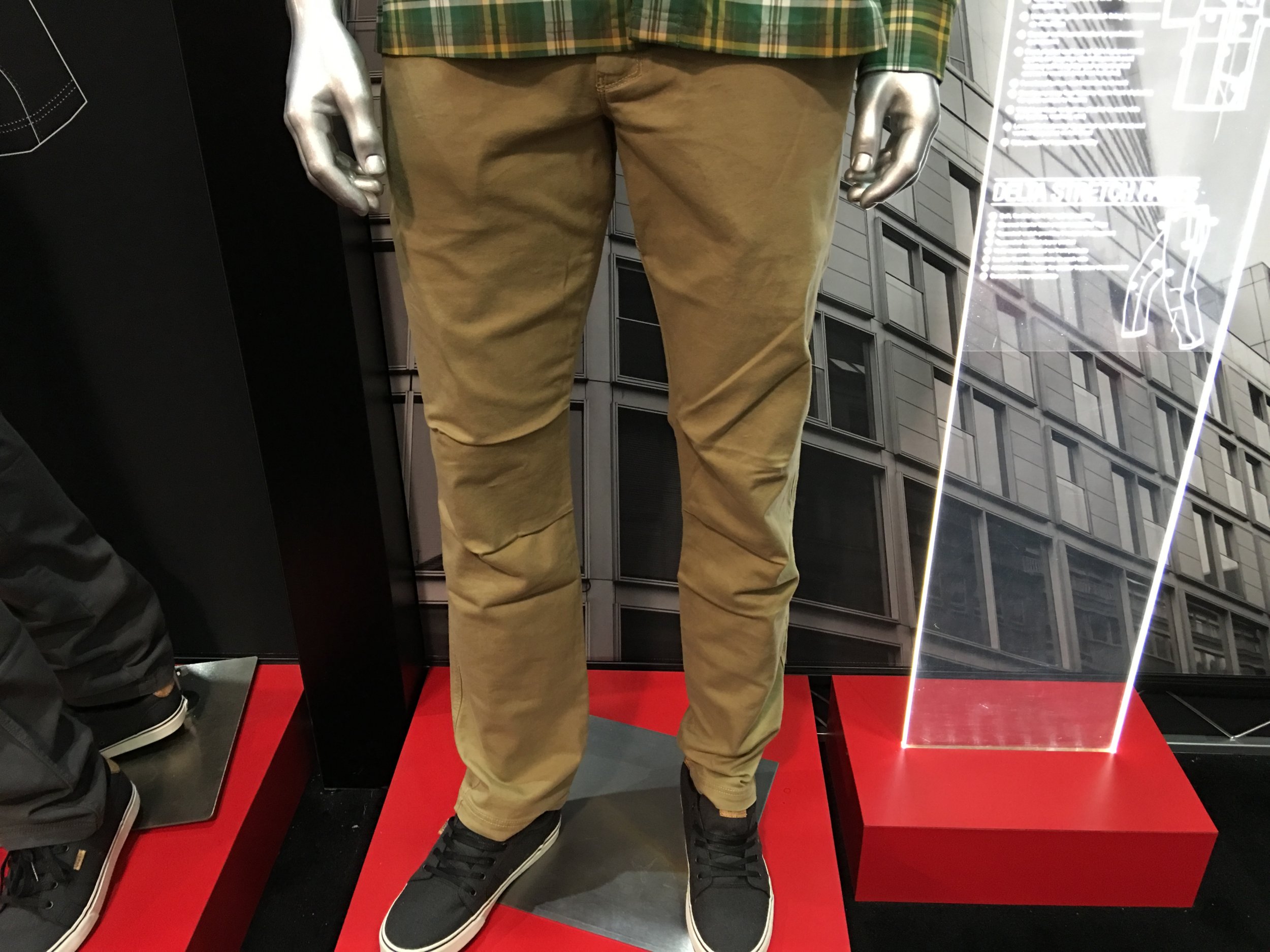 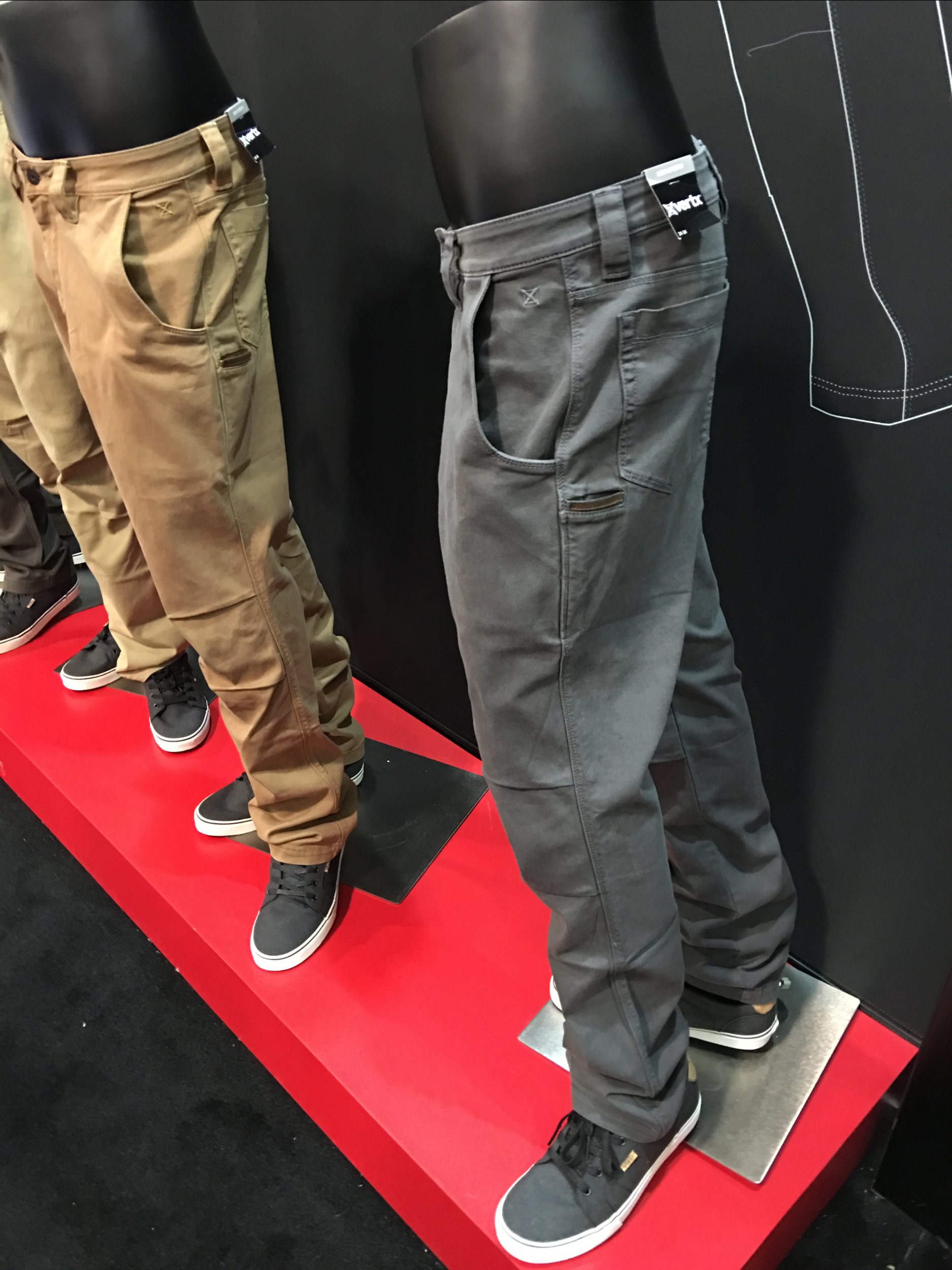 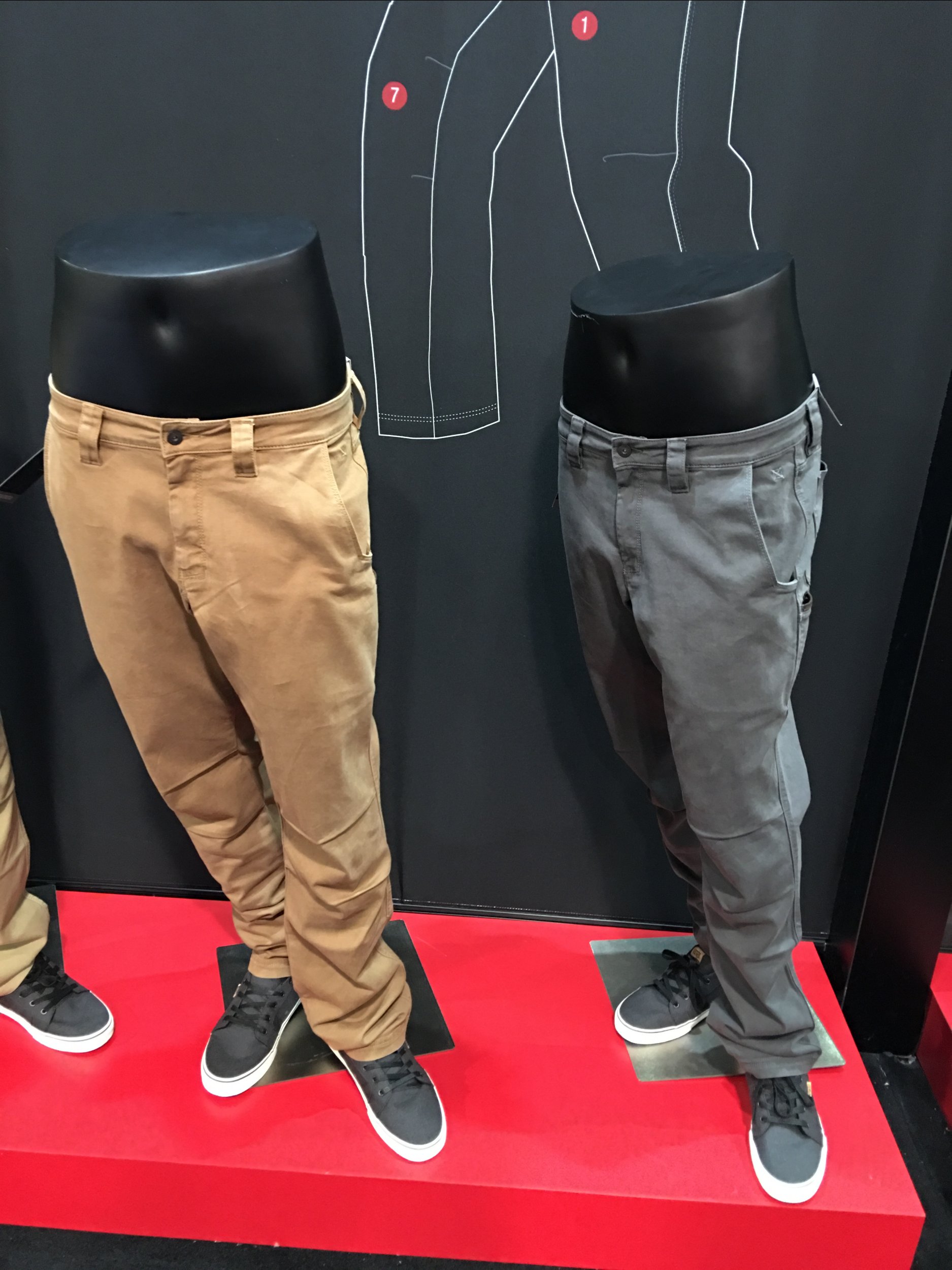 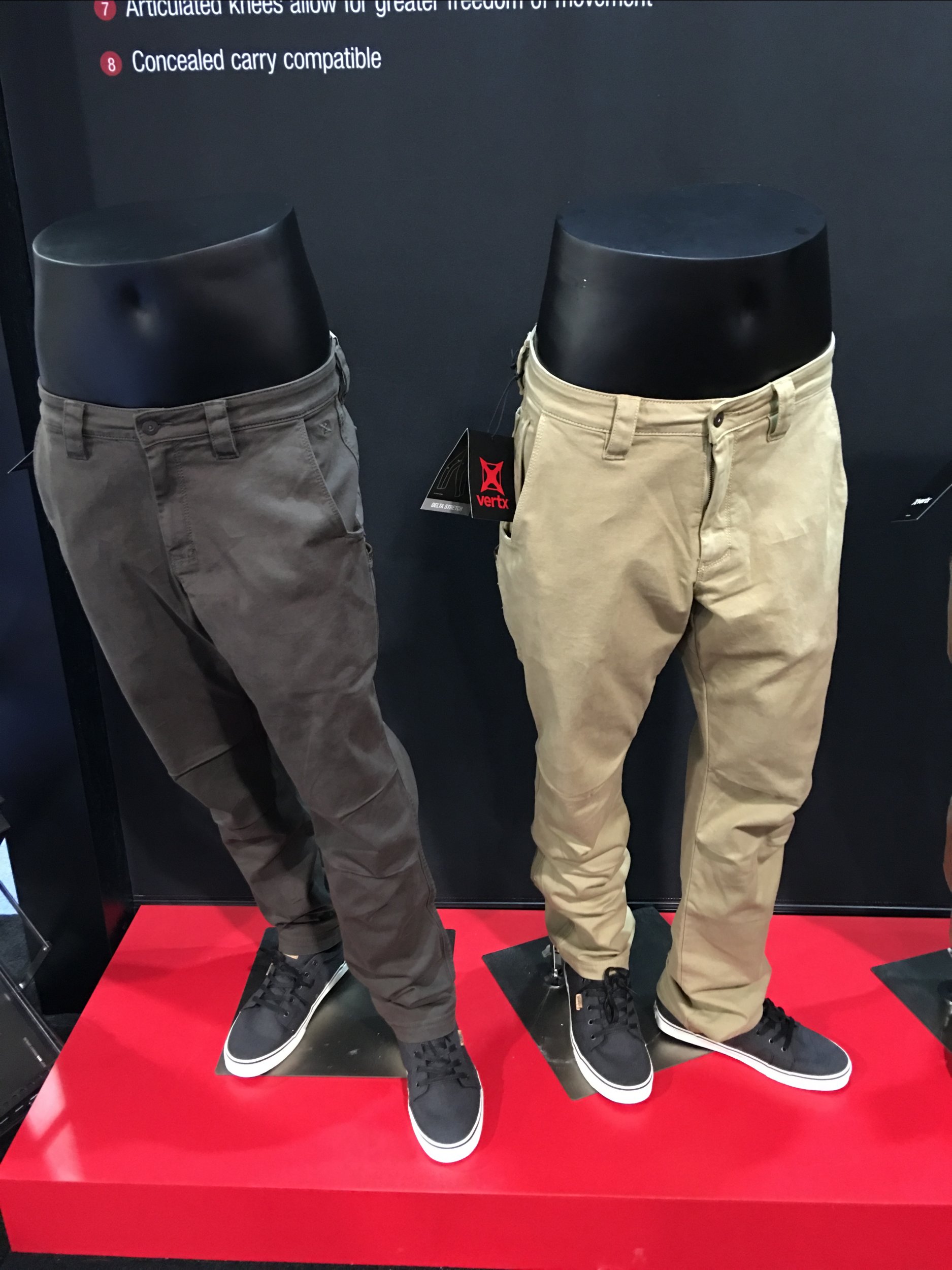