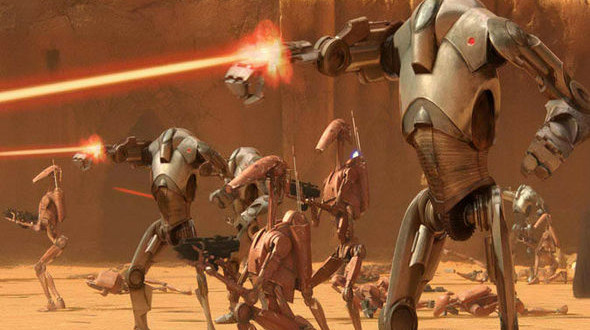 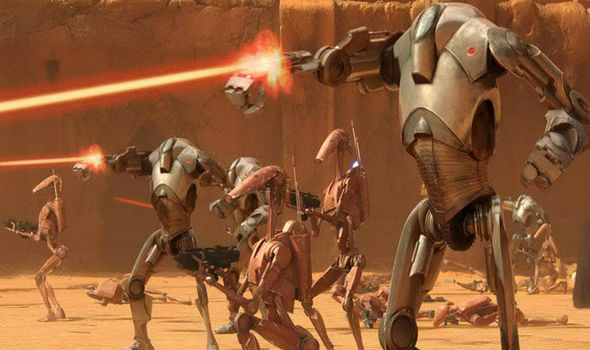 The Washington Post (WaPo) recently published the mother of all “artificially-intelligent-robots-may-very-well-destroy-us-(humankind)” articles with quotes by everyone from philosopher Nick Bostrom to astrophysicist Stephen Hawking. The piece coincides nicely with, and perhaps even validates, DefenseReview’s (DR) recent piece discussing the subject, titled Rise of the Robot Soldier and Squad X Core Technologies (SXCT): ‘Terminator’-Like Artificially-Intelligent (AI) Cybersoldiers and Drone and Boat Swarms to Augment Infantry Warfighters with Total, Multi-Perspective 3D Battlefield Awareness, or just Kill all of Us?

The WaPo piece is worth reading just for Bostrom’s crazy superintelligent-paperclip-making-robot-with-potentially-interstellar-consequences concept/theory alone, but Hawking’s ideas about the potential for “runaway AI” (Artificial Intelligence) potentially being our “worst mistake in history” is of particular importance and concern, considering his rather prodigious intellect and the obvious high regard in which he is held by other incredibly smart people.

On the bright side, the potential benefits of AI done correctly and somehow safely are gigantic, as it would allow scientific and technolological progress to occur exponentially faster, which would be a nice thing if you want to experience Star Trek-like faster-than-light warp-drive capability in your lifetime. O.k., that one may be a long shot.

Done incorrectly and unsafely, “one can imagine such technology outsmarting financial markets, out-inventing human researchers, out-manipulating human leaders, and developing weapons we cannot even understand. Whereas the short-term impact of AI depends on who controls it, the long-term impact depends on whether it can be controlled at all,” according to Hawking, Stuart Russell, Max Tegmark and Frank Wilcek, none of whom are intellectual lightweights. The group published their own article on the potential serious risks and rewards of AI tech in their piece for The Independent<, published in 2014. That one’s also worth reading, as is Jon Austin’s piece for the Sunday Express detailing the potential for “droid war” robots to “end the world”. That would indeed be unfortunate.

Will AI (Artificial Intelligence) and Super-Intelligent Robot Soldiers Save Us, or Kill Us? by David Crane