On June 20, 2005, DefenseReview broke the story on the U.S.-made Milkor USA MGL-140 multi-shot grenade launcher (6-shot MGL), after we handled it at International SOF Week /APBI (Advanced Planning Briefing to Industry) 2005 in Tampa, FL (To our knowledge, we were the first to report on it and show pictures of it.). The article was titled New Milkor USA MGL-140/MEI Hyper-Lethal 40mm Combo/Weapon System for Infantry. At the show, we also got the chance to view and handle Martin Electronics, Inc.’s (MEI) special-purpose 40mm ammo (HELLHOUND, DRAGO, and HUNTIR rounds), and discussed those in the article, as well. Although we didn’t get to actually test-fire the MGL-140 at the event, we were confident it would work as advertised, based on the fact that it was simply a modification of the most battle-proven multiple grenade launcher (MGL)/multi-shot grenade launcher in the world, the Milkor MGL Mk-1S/Mk-1L series, which we originally reported on in January, 2002.

Anyway, not too long after SOF Week/APBI 2005, we were informed that the U.S. Marine Corps was in the process of… 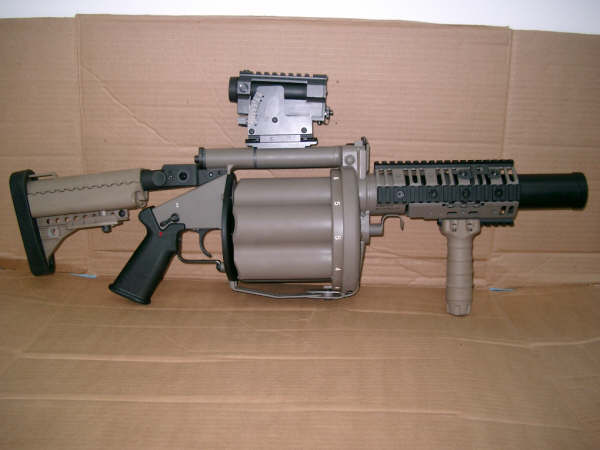 testing the MGL-140 (made by Milkor USA, Inc.) for possible adoption/procurement. Then, within the last several months (I can’t remember, exactly), we received information that the U.S. Marine Corps had just agreed to purchase an updated/product-improved/further-developed version of the Milkor USA MGL-140 developed to the USMC’s specific requirements.

The Marines have designated the new weapon the M32 Multiple shot Grenade Launcher (M32 MGL, or M32 MSGL). Milkor USA, Inc. also manufactures the M32 MGL right here in the U.S. According to Jane’s Defence Weekly (January 11, 2006), the U.S. Marine Corps has purchased approx 9,000 units of the new (updated/upgraded) weapon system. Milkor USA, Inc. could not confirm this number. However, they did confirm that an unspecified number of of M32 MGL 40mm multiple grenade launchers was purchased by the USMC.

Now, we’ve been a little busy over here, so we hadn’t yet gotten around to reporting on all this, yet, when Marine Corps News recently beat us to the punch. On March 09, 2006, Marine Corp News published an article on the the Milkor USA M-32 MGL, titled Marines carry six-pack attack. The article’s written by Gunnery Sgt. Mark Oliva, and it’s definitely worth reading. The article also contains lots of great photos of the weapon being handled and fired by Marines. 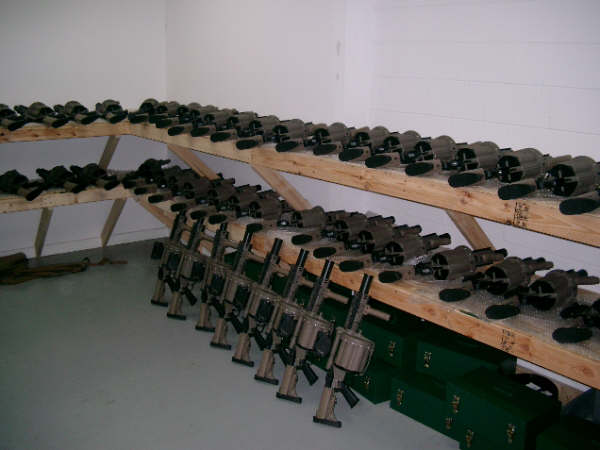 Kudos to the Marines. In Defense Review’s opinion, it’s one of the wisest infantry small arms/light weapons purchases by any branch of the military in a very long time, and we believe that this purchase will pay huge dividends for the Marines for many years to come. No doubt, the Milkor USA, Inc. M-32 Multiple-shot Grenade Launcher (Milkor M32 MGL) will prove tremendously useful for Marine Corps infantry warfighters conducting urban warfare operations in whatever global hotspots geopolitics and fate takes them. DefRev would recommend, however, that the Marines take a very close look at MEI’s specialized 40mm ammo for their new weapon, especially the MEI HELLHOUND round, which is supposed to have approx. twice the lethality radius of standard 40mm HE/HEDP grenades. The M-32 will allow Marines to place six (6) HELLHOUND 40mm HE rounds (or any other type of 40mm ammo) on a target in under three (3) seconds. 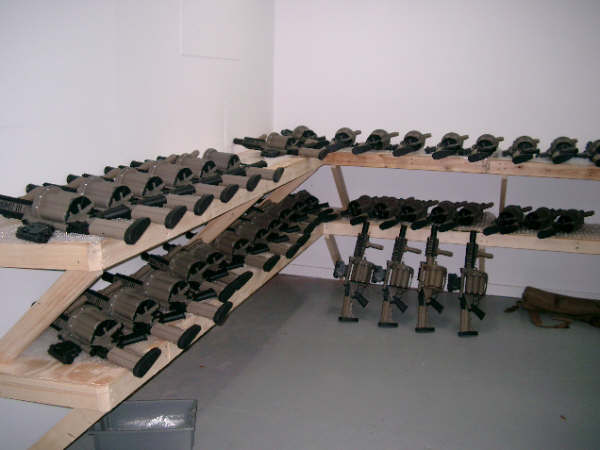 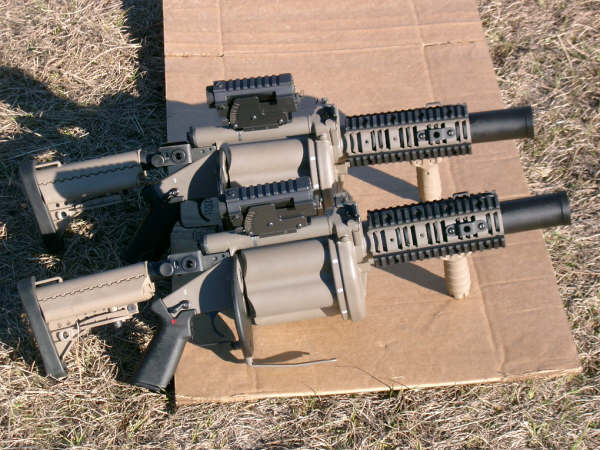 David Crane started publishing online in 2001. Since that time, governments, military organizations, Special Operators (i.e. professional trigger pullers), agencies, and civilian tactical shooters the world over have come to depend on Defense Review as the authoritative source of news and information on "the latest and greatest" in the field of military defense and tactical technology and hardware, including tactical firearms, ammunition, equipment, gear, and training.
Previous Is Cloaking Technology for U.S. Infantry Warfighters Finally Possible?
Next Ultimax 100 MK4: Best Choice for USMC Infantry Automatic Rifle (IAR)? Video Clip